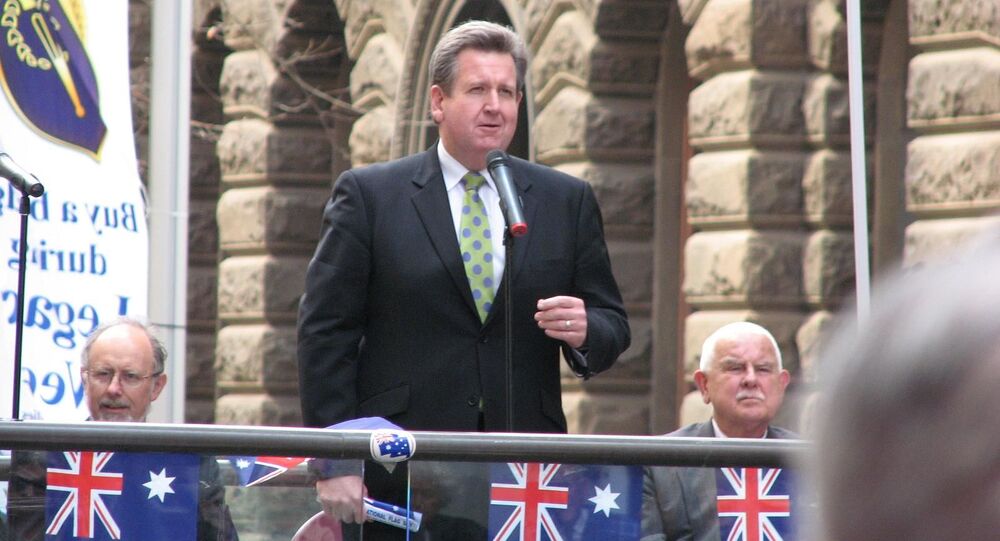 A section of Indian social media users has backed demands for pulling out Australia's High Commissioner to India Barry O'Farrell over his visit last month to the headquarters of the Hindu nationalist outfit Rashtriya Swayamsewak Sangh (RSS), the ideological parent of the governing Bharatiya Janata Party (BJP).

While O’Farrell’s visit to the central Indian city of Nagpur on 15 November had already been a subject of critical commentary both in Indian and Australian media, following his meeting with RSS chief Mohan Bhagwat, Greens party Senator Janet Rice also raised the issue in the federal parliament.

In a tweet, the Australian envoy to India shared how the RSS has supported society at large, and during his meeting with the RSS chief, the latter threw light upon their organisation's efforts amid pandemic.

The @RSSorg has been actively supporting the community during #COVID19. I met with Sarsanghchalak Dr Mohan Bhagwat who shared the relief measures the organisation has adopted across 🇮🇳 during these challenging times. pic.twitter.com/2LhniF2ven

His move was widely criticised in Australia. The Australian senator from Victoria state in her speech described the RSS as a “fascist organisation which openly admits admiration for Adolf Hitler” and that “…they demonise and encourage persecution of some of the non-Hindu citizens of India”, Rice told the Australian parliament.

The Hindu nationalist, fascist RSS has shown its disregard for human rights.

Australia's High Commissioners play an important role on the world stage as representatives of Aus & our values. Barry O'Farrell's visit to the RSS HQ runs counter to Australia’s values.#auspol https://t.co/tzmsWslB7s

​Scores of Indian netizens on Thursday tweeted calls for #Barrymustresign, as they cited Rice’s remarks against the RSS.

Australia High Commissioner Barry O'Faffell's meeting with RSS head is completely disgraceful. Idea of RSS is Hindu Rashtra which is against the Constitution of India: senator @janet_rice in Australian Parliament#BarryMustResign

Not a single Indian newspaper is touching this important story that’s been developing over days. #BarryMustResign https://t.co/EaqXk1Axp8

The calls for the resignation of O’Farrell, who was posted to India this year, come amid a warming of ties between New Delhi and Canberra. The Royal Australian Navy (RAN) participated in the four-nation Malabar naval drills earlier this year, after pulling out of the defence exercise in 2008 owing to reservations expressed by Beijing.

The naval drills also comprised Japan, the US, and India, with the alliance of four countries informally referred to as the "Quad".

In an interview with an Indian daily in October, O’Farrell described his country’s 2008 decision to pull out of four-nation exercise as a "mistake".

'Believe in the Indian Constitution'

"Officially, the RSS has no involvement in politics. We are just a cultural organisation. If any political party can adopt our policies for the benefit of the nation, that would be more than welcome", RSS chief Mohan Bhagwat said at the end of a two-day volunteer meeting in Ghaziabad city last month.

"We believe in the Indian Constitution and abide by it", Bhagwat stated.

The RSS has often found itself facing heat directed at its ideologue and second chief M.S. Gowalkar, who is credited with popularising the institution across the country after independence in 1947.

A visit to the RSS headquarters by Germany's Ambassador to India Walter Linder in June last year attracted similar criticism. In his defence, the German envoy reportedly described the RSS as a "mass movement" and a "mosaic that made up India".