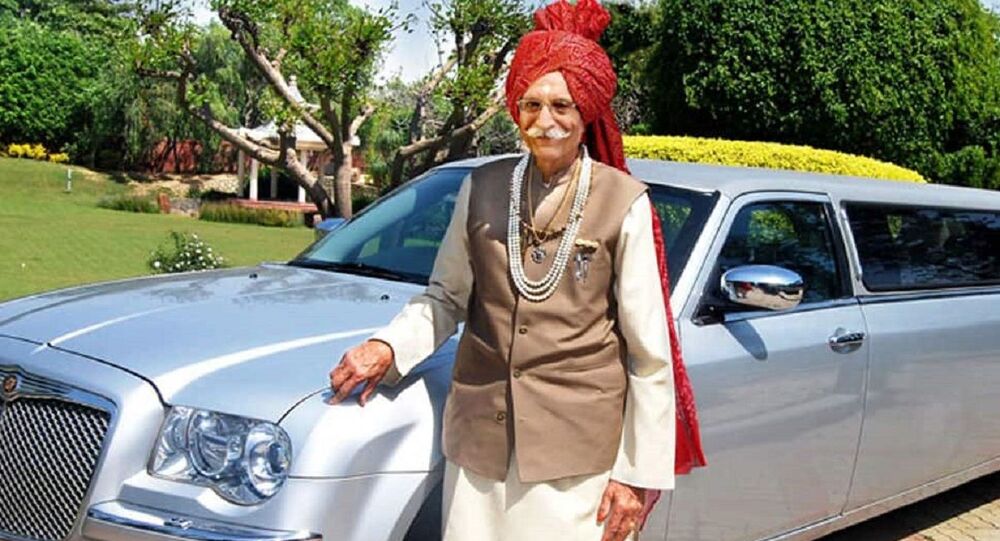 End of an Era: Twitter Flooded With Tributes as Indian Spice King Dharampal Gulati Dies at 97

The year 2020 has sluggishly but finally reached its last chapter, December. A year that has so far witnessed more than a million deaths from a global pandemic has shocked Indians again with the demise of Dharampal Gulati. An icon in his vibrant turbans and white moustache, Gulati will always be a fond memory, especially for 90s kids in India.

After being hospitalised in Delhi for a while Dharampal Gulati, aged 97, has passed away. He breathed his last on Thursday morning after going into cardiac arrest.

© REUTERS / Lucas Jackson
Hindi Cinema Bleeds, Fans Heartbroken as Bollywood's Yesteryear 'Lover Boy' Rishi Kapoor Dies
A highly accomplished entrepreneur, Gulati was the chief of "MDH Masala" – a spice brand that made its way into the majority of Indian kitchens as the most trusted flavours to amplify the taste of exotic Indian curries and cusines.

​As big names from the world of Indian politics, including Delhi State Chief Arvind Kejriwal and his deputy Manish Sisodia took to Twitter to pen heartfelt tributes to the "spice king", others simply joined the chorus in extending condolences.

Dharm Pal ji was very inspiring personality. He dedicated his life for the society. God bless his soul. https://t.co/gORaAi3nD9

​Shri Mahashay Dharmapal Gulati, owner of MDH Masala is no more. Here he was dancing at an event celebrating 100 years of MDH Masalas when he was 96 years old. Om Shanti🙏🏽pic.twitter.com/kgaCaWgDEf

Sad to know about the demise of King of spices Padma Shri #DharampalGulati ji.

He will always be remembered for his extraordinary contribution.🙏🏻 pic.twitter.com/tv7ei6j4fM

#DharampalGulati Ji, The Owner Of MDH Masala, Passed Away On Thursday Morning.

We have witnessed some bad incidents in 2020. This one is one of the most shocking. RIP #DharampalGulati. Thanks for the masalas, memories, and memes. pic.twitter.com/ZayIBeMxAq

​Indian kids, especially from the 90s grew up singing catchy MDH jingles alongside the advertisements flashing on television screens featuring the legendary "MDH wale dadaji (grandpa)" – as Gulati will forever be referred to,.

With his modern understanding of television and radio marketing, Dharampal catapulted his father's company to the zenith of success during the 1990s. In 2019, Gulati was also awarded the Padma Bhushan - India's third-highest civilian award.

Every packet of MDH spices has a little picture of the bespectacled Mahashay Dharampal Gulati, giving his signature ear-to-ear smile, wearing pearl necklaces, a turban, and a white sherwani – which is one of India's traditional costumes for men. That picture has become synonymous with the brand's image over the years.

With over 60 different combinations of spices, including Meat Masala, Kasoori Methi, Garam Masala, Rajma Masala, Shahi Paneer Masala, Dal Makhani Masala, and Sabzi Masala, in 2017, MDH clocked a revenue of over $1.25 billion. The company has a global network of over 800,000 retailers and wholesalers.