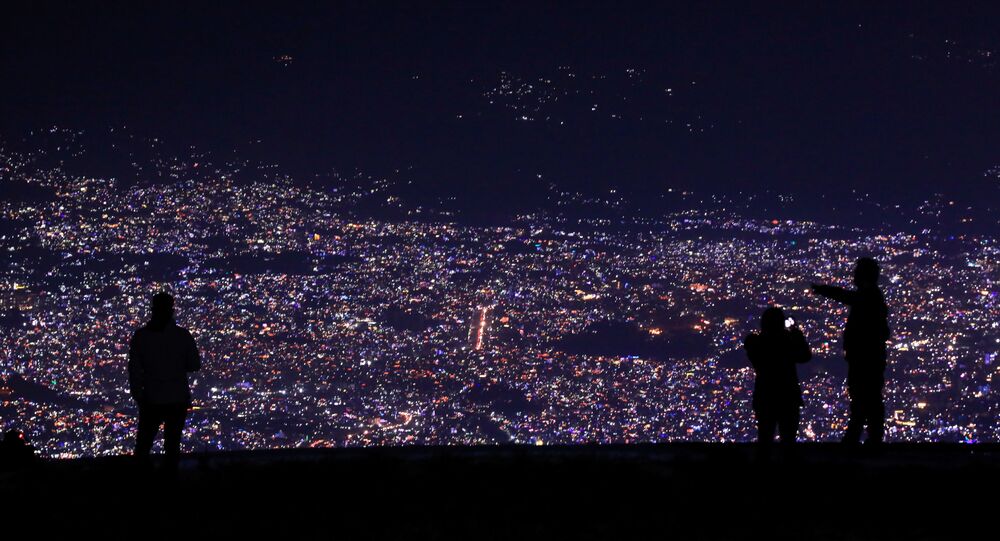 While India, traditionally Nepal’s closest defence and economic partner, is trying to resolve a lingering border dispute with its eastern neighbour, China has been bolstering its so-called 'multifaceted' relationship with Kathmandu. A warming of ties between China and Nepal has reportedly been viewed with suspicion in New Delhi.

Reports of a growing affinity between Nepal and China makes India “uneasy”, but Kathmandu has also been fearful of a “strong reaction” from New Delhi if its interests are affected, noted South Asian expert and professor, SD Muni, told Sputnik.

“Even in the past, India has reacted sharply whenever Kathmandu has sought to warm up to Beijing,” remarked Muni, who formerly served as India’s Ambassador to Laos. Muni was referring to the 18-month economic blockade imposed by New Delhi in 1985, triggered by then-King Birendra practice of buying weapons from China, against India’s wishes.

A former professor of South Asian studies at the Jawaharlal Nehru University (JNU), Muni has authored several books on Nepal.

The academic feels that New Delhi is “silently backing” pro-monarchy protesters against the ruling Nepal Communist Party. “The Bharatiya Janata Party (BJP) might be behind in propping up these protests. This could be a signal to the Communist leadership of Nepal on perils of getting too close to Beijing,” Muni notes.

In May, hundreds of pro-monarchy protesters reportedly blockaded Kathmandu demanding the restoration of the Hindu monarchy, abolished in 2008.

Muni’s remarks come against the backdrop of two significant bilateral visits to Nepal. The Indian foreign secretary on a two-day visit to Kathmandu on 26-27 November, closely followed by a visit from the Chinese defence minister, General Wei Fenghe, to the landlocked Himalayan country on Sunday.

In 2019, China overtook India as the largest source of Foreign Direct Investment (FDI) into Nepal, making up for 40 percent of overall FDI inflow. New Delhi’s share was reportedly 30 percent.

“China is currently trying to broaden its relationship with Nepal, both economic and defence,” remarks Muni, noting that Beijing wanted the Trans-Himalayan Economic Corridor to be fully integrated into the Belt and Road Initiative. Nepal became a member of the BRI in 2017.

Muni reckons that India must “keep an eye” on burgeoning defence ties between the two countries, as the ties on the defence front could have “potential implications” for India in coming years.

“The Chinese might ask Nepal to withdraw from its Gurkha soldiers serving in the Indian Army. Given the military standoff in eastern Ladakh region, one can’t completely discount such a possibility,” Muni suggests.

Per a 1947 tripartite agreement between India, Nepal and the United Kingdom, 39 battalions of Nepalese Gurkhas are obliged to serve in the Indian Army. Each battalion has an approximate strength of 1,000 troops.

Muni noted that joint military drills between China and Nepal, the first of which kicked off in 2017, were a testament to a broadening defence partnership.

“We also have Nepalese armed guards, who are close to the Nepalese Army, being trained in China. Nepal has already been importing non-lethal weapons from Chinese companies,” Muni highlights.

He also recalls the “activity” of Hou Yanqi, the Chinese ambassador to Kathmandu, who earlier this year reportedly held a series of meetings with different factions of the ruling-Nepal Communist Party (NCP), to persuade them to bury the hatchet. Prime Minister KP Sharma Oli is reportedly being challenged by fellow party member and former Prime Minister Pushpa Dahal Prachanda for the leadership role

Muni feels that Indian Foreign Secretary Harsh Vardhan Shringla’s maiden visit to Kathmandu has definitely resulted in a “thaw” in ties, which have been marred by border differences since November 2019, when Indian defence minister Rajnath Singh inaugurated a link road that passed through Nepalese territory.

In May, the Nepalese parliament retaliated by approving a new map which shows all the three disputed territories—Kalapani, Limpiyadhura and Lipulekh — within Nepal. India billed the parliamentary exercise as “cartographic assertion.”

“There is definitely some movement (on the border row). We might see the re-opening of the border dialogue in coming days,” offers Muni.