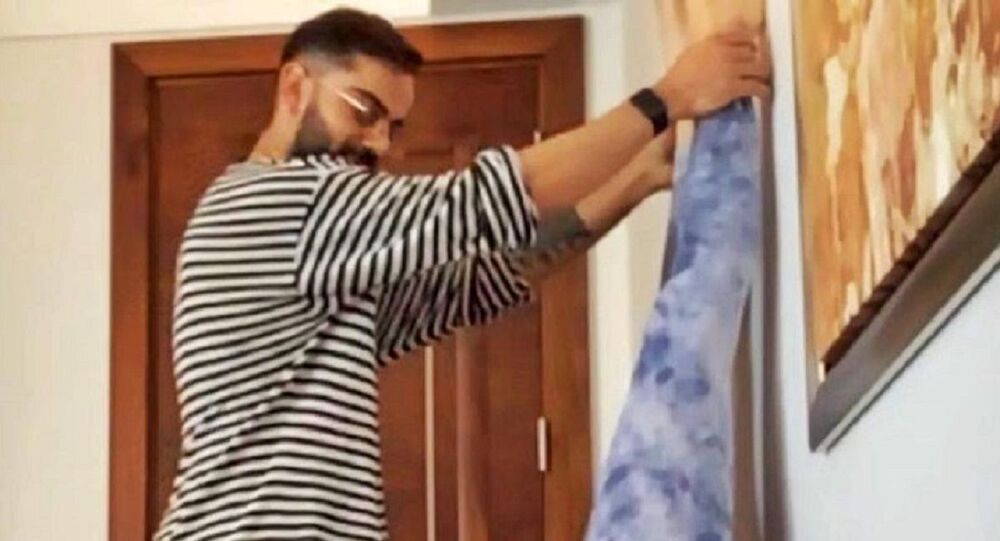 Celebrities love to flaunt their baby bumps in chic maternity fashion and style. But no one does it like Bollywood actress Anushka Sharma, whose recent picture has left her fans stunned and making many go “aww”. Anushka, who got married to Indian Cricket Captain Virat Kohli in December 2017, is expecting their first child in January.

Flaunting her baby bump, Anushka, who is a big yoga enthusiast, didn’t let her pregnancy come in the way of her practice.

With the support of Virat, Anushka performed one of the most difficult yoga poses and wrote, “As yoga is a big part of my life, my doctor recommended that I can do all such asanas that I was doing before I was pregnant (after a certain stage) barring twists & extreme-forward bends, but of course with the appropriate and required support... For the Shirshasana, which I have been doing for many years, I ensured that I used the wall for support and also my very able husband supporting me balance, to be extra safe (sic)”.

While some netizens are finding it cute and adorable, many are giving a funny take on it, as it has broken the Internet.

#AnushkaSharma baby after knowing that her mother was doing shirshasana during pregnancy pic.twitter.com/CblPkZfsuA

Be carefull the baby may came out of mouth. 😶❤#AnushkaSharma pic.twitter.com/L7PpURoyIv