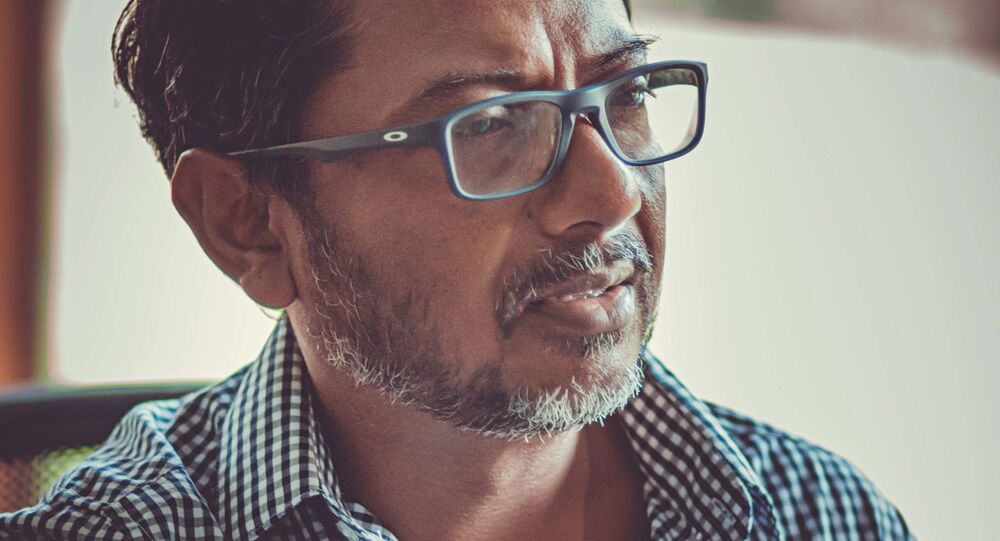 Apart from entertainment, cinema is also a great tool to spread awareness about sensitive subjects. And Indian Filmmaker Onir did just that with his iconic Bollywood movie “My Brother Nikhil” (2005), which created a movement and triggered conversations about HIV/AIDS and same-sex relationships across the globe.

On World AIDS Day today, Indian filmmaker Onir sheds light on his movie "My Brother Nikhil", starring actors Sanjay Suri, and Juhi Chawla and which was inspired by the real-life story of 25-year-old Dominic D'Souza from India’s coastal state of Goa.

Dominic was India’s first HIV/AIDS activist who was imprisoned for being HIV-positive and fought the battle, but later succumbed to his illness at a Mumbai hospital.

Onir has told Sputnik what still makes this film relevant today, and the challenges he faced while making it.

Sputnik: Even after 15 years, your movie "My Brother Nikhil" is screened at NGOs for awareness on HIV/AIDS. What makes it so relevant today?

Onir: The movie is inspired by the real-life story of Dominic D'Souza who was India’s first HIV/AIDS activist. There is a flavour of reality. It addresses the issues and subject without camouflage. The human emotion and family ties make people from across the country and [speaking] different languages connect.

I strongly feel that even now, we need to spread awareness on HIV/AIDS because a lot of young people don’t take the necessary precautions and care. And this film has an Indian reference point.

Sputnik: What kind of impact has it had in society?

Onir: When I was making this film, my idea was never to shock people but talk to people about HIV/AIDS. So, after every screening, we used to have an open conversation at film festivals, schools, and NGOs which made people open up about the sensitive subject. This became a movement of the sort that broke the stigma around it and spread awareness.

Sputnik: How was it received by the people during that time?

Onir: "My Brother Nikhil" was well-received at international film festivals, NGOs, and special screenings. But at the Indian theatres, it took some time for the people to accept it as they had reservations about HIV/AIDS. It was a taboo. Everywhere there was the whole thing that you rather not talk about a certain thing that can help protect your children. This showed the double standards.

But some schools and universities in India and abroad screened it and whoever saw the film, the response and reviews were overwhelming. It was screened on Indian television, which reached out to the masses.

​Sputnik: What challenges did you face during the making of the film?

Onir: Nobody was willing to finance the film. So, we did it independently and with the trust and confidence that actors Sanjay Suri (who played Nikhil) and Juhi Chawla (Nikhil’s brother Anamika) had on this film.

Second, I wanted to shoot the sequence of Nikhil’s memorial service in a church, but all the churches in Goa didn’t permit us. They didn’t want to be identified with someone who was HIV-positive and a member of their church. So, I ended up shooting the scene in a school.

Moreover, the Central Board of Film Certification (CBFC) told us to put a disclaimer, saying that everything is fictitious and not inspired by any real-life incident just to avoid problems with Goa police. But to me, it was more important to get "U" certificate without any trouble and I was sure that whoever would watch this movie would know that it was inspired by Dominic’s story.

Sputnik: Does the challenge continue even now?

Onir: Yes, it’s a challenge to get more platforms to screen movies like these so that it gets more visibility and spreads awareness. Cinema, which is such an important tool to spread awareness, is looked upon by the people from the commerce aspect. It needs a little bit more eagerness to address cinema which is to spread awareness on prevalent issues.

Sputnik: What’s your next project on?

Onir: I’m working on a sequel of my movie "I Am" which will be on the historical judgment by India’s Supreme Court on the abolition of Section 377 which had criminalised consensual sex between adults of the same sex and violated human rights. This movie will celebrate queer life.