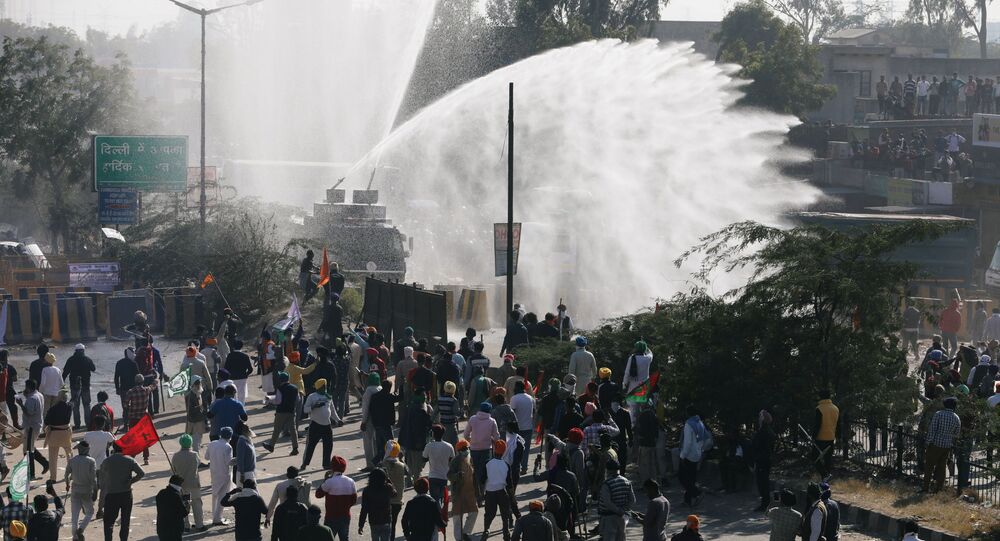 NEW DELHI (Sputnik) - India's key ministers have gathered at the residence of the ruling Bhartiya Janta Party chief, Jagat Prakash Nadda, in New Delhi ahead of the meeting with farmers protesting against new laws in the agriculture industry, government sources told Sputnik on Tuesday.

Prime Minister Narendra Modi has entrusted these ministers to meet with the farmers later today, with Rajnath Singh leading the team, the sources added.

Last week, thousands of farmers across India marched towards the capital to express their dissatisfaction with the new laws, but police used tear gas and water cannons to push them back.

© REUTERS / ANUSHREE FADNAVIS
Farmers carry placards at a site of a protest against the newly passed farm bills at Singhu border near Delhi, India, November 28, 2020

Afterwards, the government repeatedly invited the farmers' representatives to hold talks instead of blocking the highways. However, the protesters rejected the offers, saying that all they want is the laws to be scrapped.

Under the new laws, passed by Modi's government in September, farmers are able to sell their wares outside regulated markets and enter into contracts with buyers at a pre-agreed price. The farmers are also allowed to sell their products outside state markets. The agriculture industry, however, fears that the new regulations will lead to the exploitation of farmers by big corporations.