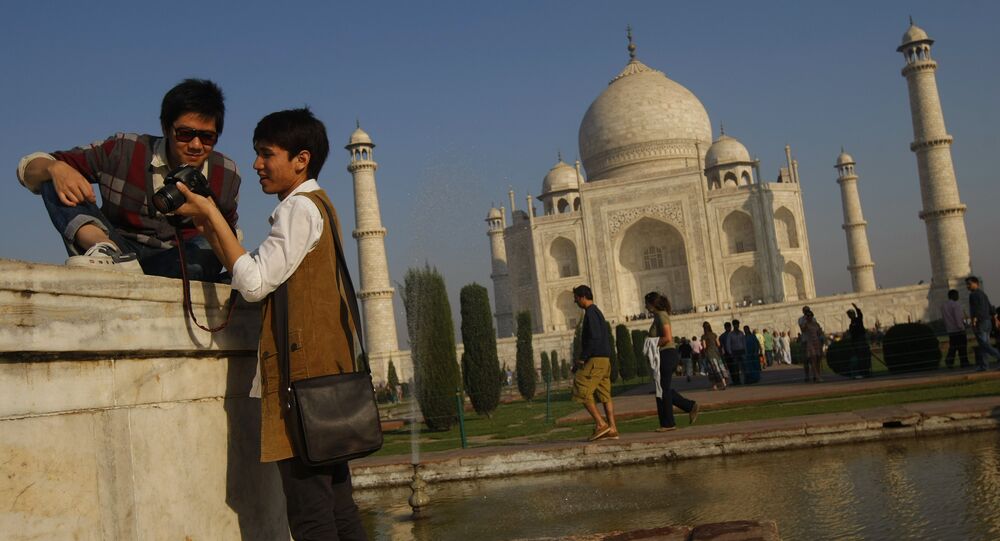 Taj Mahal, a 17th-century white-marble complex located in Agra city, remains one of India’s most important landmarks that still holds a lot of mysteries behind its façade.

The religious symbolism behind the colour of Taj Mahal has received some fresh attention, as an earlier National Geographic documentary on the legendary mausoleum has resurfaced online.

In Secrets of the Taj Mahal, internationally renowned expert on the monument Ebba Koch outlined her detailed investigation into the building’s internal layers and surroundings.

As such, the art historian has managed to decode a mysterious interaction between earthly and celestial worlds exemplified by Taj Mahal’s architecture and choice of colours that were picked up during its construction that began in 1693 on the commission of Mughal emperor Shah Jahan who intended the building to be the tomb of his wife Mumtaz Mahal.

“The colour scheme of the Taj Mahal is deeply symbolic”, Koch said in the documentary. "The worldly elements and other buildings are all clad in red sandstone”.

"White is reserved for the mausoleum. This is to be a building of enlightenment and earthly representation of the heavenly house where Mumtaz Mahal will live for eternity."

According to the expert, this pure colour was a symbol of the spirituality and “faith of the person buried here”.

"The garden is the heart of the Taj Mahal, it's an earthly picture of the paradise of the Koran,” Koch continued.

"Two paths divide the terrain into four squares. The channels along the path representative of the rivers of paradise in the Koran.”

The art historian then explained that the pool at the channel’s intersection is also a symbol of “the celestial pool where the faithful quench their thirst when they arrive in paradise".

Taj Mahal’s construction was completed in 1643, and both Mahal and Emperor Shah Jahan were buried there. Four centuries later it was designated a UNESCO World Heritage Site as “the jewel of Muslim art in India and one of the universally admired masterpieces” of our planet. It annually receives between 7 and 8 million visitors from all over the world.