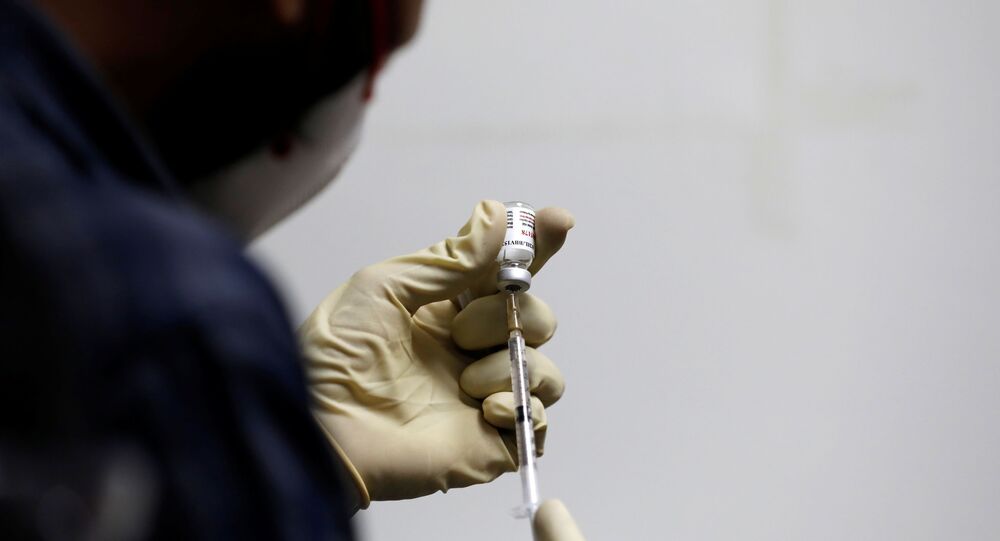 $2.46 Bn Likely to be Spent on Priority Vaccination for 300 Mln Indians in 1st Phase - Gov't Source

On Saturday, Indian Prime Minister Narendra Modi visited the three companies which are engaged in clinical trials of anti-Covid vaccine in the country. He visited Zydus Cadila facility in Gujarat state, Bharat Biotech at Hyderabad (Andhra Pradesh state) and Serum Institute in Pune (Maharashtra state) during a whirlwind tour.

A source close to the development told Sputnik, “Three hundred million people are likely to be vaccinated in the first phase which, according to the finance ministry's calculations, will require $2.36 billion.”

The source, however, clarified that no particular vaccine has been identified by the government and these are just ballpark figures.

The projections will go up as India proceeds to the later stages of mass inoculation against COVID-19.

The total projected cost for vaccinating the entire population, the ministry estimates, could be about $6.84 billion.

For the purposes of calculation, the Finance Ministry has taken the value of the vaccine dose at $5.75.

The work on several vaccine candidates is underway in India: the Serum Institute of India, in collaboration with the Oxford University and AstraZeneca, is engaged in clinical trials as well as manufacturing of their vaccine. The institute has said that it will apply for emergency usage of the vaccine within a month.

Indian pharmaceutical company Bharat Biotech is also working on the indigenous vaccine, COVAXIN, which is also in the third phase of clinical trials.

Zydus Cadila too is developing the anti-Covid vaccine, ZyCoV-D and has announced that the phase-I clinical trial is over. The company commenced phase-II clinical trials from August.

According to an agreement with Hetero and Russian sovereign wealth fund, Russian Direct Investment Fund (RDIF) which was signed last week, more than 100 million doses of the vaccine would be produced in India.

The RDIF also has a tie-up with another Indian firm, Dr Reddy's, for the phase-two and phase-three clinical trials of the Sputnik V vaccine.