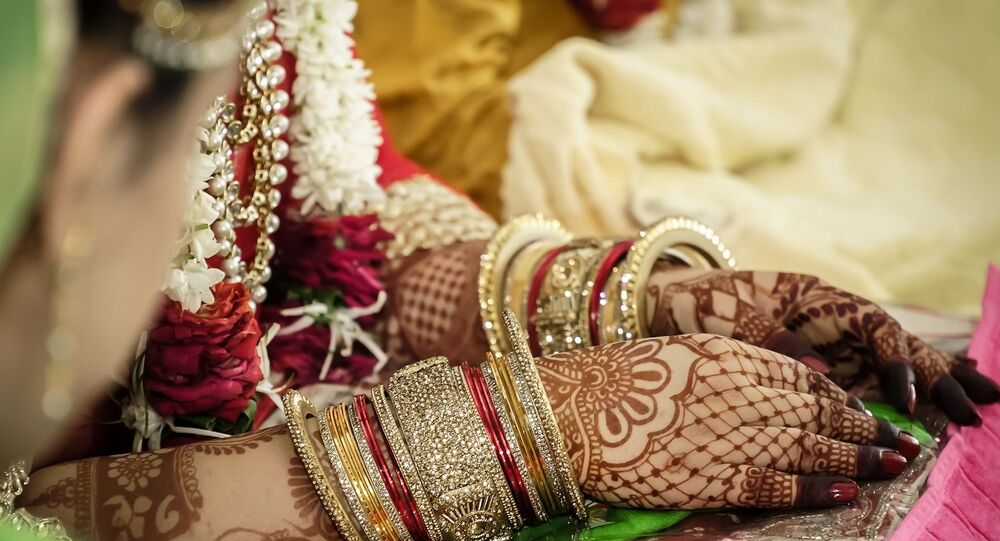 India’s Uttar Pradesh State government, led by ascetic Chief Yogi Adityanath, passed a law on 28 November criminalising religious conversion by marriage. The Act, Uttar Pradesh Prohibition of Unlawful Conversion of Religion Ordinance, 2020, requires that every conversion be scrutinised and certified by the state.

Legal experts in India consider the new legislation by Uttar Pradesh state prohibiting religious conversion through marriage to be against the country's constitution.

The law went against a recent ruling by the state's top court, which held that the "right to live with a person of his/her choice irrespective of religion professed by them, is intrinsic to right to life and personal liberty".

“The ordinance is not only an assault on personal liberty, it is also an assault on the constitutional liberties granted to the citizens of the country. In every transforming society that epitomises democracy, the right to marry a person of his/her choice was recognised way back in 1954 with the enactment of the Special Marriage Act,” Tarannum Cheema, a practising lawyer in the Supreme Court of India told Sputnik.

According to Cheema, efforts are being made to destroy the basic structure of the Indian constitution with these new laws.

“The right to adopt any religious practice is a pre-constitutional human right. This right has been acknowledged by the constitution in Article 25 and the judgements of the Supreme Court of India have upheld pre-existing anti-conversion laws, saying that conversion should not be by force or inducement. So, passing a law targeting specifically inter-faith marriages is a violation of Article 21 and Article 14 of the constitution also,” Nandita Rao, another lawyer practising in the country's Supreme Court, said while talking to Sputnik.

“Given the scenario in the country, investigating agencies in certain states were targeting particular communities. These kinds of legislation can lead to discrimination,” Rao added.

“It is a clear assault on freedom of choice, personal liberty and privacy,” another legal commentator, CK Faisal, said.

Faisal suggested governments in India should not view marriage, which was a purely individual arrangement, as a punishable offence suggesting that there were religious motives behind the new law.

However, Rakhi Dubey, a lawyer focusing primarily on women’s issues, said the Act is perfectly in line with the constitution.

“The main ground for conviction under the Ordinance is forceful conversion, deceit by way of luring into marriage or any other improper manner,” Dubey told Sputnik.

The Allahabad High Court in a judgement on 11 November held that “an individual on attaining majority is statutorily conferred a right to choose a partner, which if denied would not only affect his/her human right but also his/her right to life and personal liberty, guaranteed under Article 21 of the constitution of India.”

A Special Investigation Team (SIT) set up by Uttar Pradesh recently submitted a report to the state government on alleged cases of “love jihad” or marriage with the purpose of conversion. The SIT, which investigated 14 such cases in Kanpur city, however, had ruled out any conspiracy angle or that it may have found any evidence that Muslim youths were involved in it.