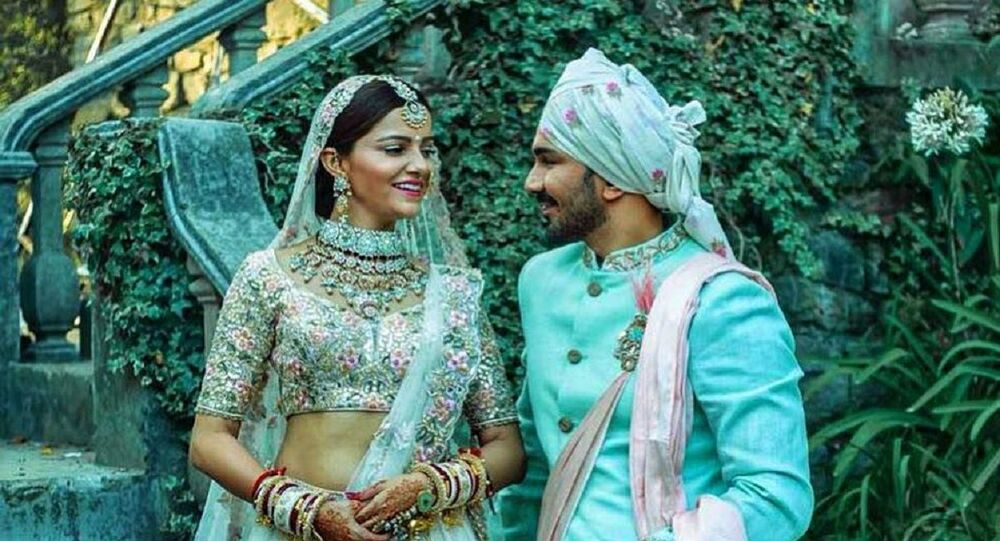 Celebrity Couple Claims They Did Reality Show to 'Save Marriage', Fans Left Stunned

Abhinav Shukla and Rubina Dilaik have signed up for the reality television show 'Bigg Boss', an Indian version of Big Brother. Since September, the couple has been locked up in the Bigg Boss house and Rubina recently shared the darkest secret of their married life.

Indian celebrity couple Abhinav Shukla and Rubina Dilaik had a fairytale love story that started when they met at a friend’s party several years ago. Struck by Cupid's arrow, they fell in love at first sight and, after dating for a few years, they tied the knot in 2018.

But it didn’t turn out to be a "happily ever after" ending as Rubina has revealed some personal secrets about their married life on television.

The actress broke down as she revealed that they had been heading for divorce before signing up in September for Bigg Boss, an Indian version of Dutch show Big Brother.

In a promo video of the forthcoming episode that has gone viral, Rubina said during an immunity task: "One of the main reasons we decided to be a part of Bigg Boss 14 was to save our marriage. We had decided to give each other time until November and if the differences persisted, we said we would head for a divorce.”

Leaving fans - who had thought of them as the steadiest couple in the entertainment industry - stunned, Rubina added, “If we hadn't come together on this show, we might not be together even now.”

Do you feel bad for #RubinaDilaik, or is this just proof that she's strong like a Boss? #AbhinavShukla #BBLikeABoss #BB14OnVoot

Watch what happens next tonight! Stream the episode before TV, only on #VootSelect. @RubiDilaik #BiggBoss2020 #BB14 pic.twitter.com/hTEFYdnf3x

Speculation was rife that their marriage is on the verge of collapse but the couple dismissed the rumours.

However, this is the first time Rubina has openly talked about the difficulties they face.

The revelation that they had contemplated divorce caused Abhinav to become emotional and to worry that the news would make headlines and their families would get to know the truth about their relationship through the show.

Social media is buzzing with all sorts of reactions: some say she is playing the divorce card to get more votes from the audience but many others are heartbroken.

Omg my heart breaks seeing Rubina breaking down like this. I know they had some issues in their marriage but didn’t know it had come to divorce 🥺🥺
These two are a beautiful couple & hope they have ironed out their issues 🙏🙏#BB14 #BiggBoss14 #RubinaDilaik #AbhinavShukla https://t.co/12djbS87wu

I think now everybody know why rubina was low bcz she she was afraid of divorce. It takes a lot of courage for both them to come here and take stand. But they did it gracefully. Hats off to both. #RubinaRulingHearts #BiggBoss2020 #RubiNav

It's so scary!! Stay strong Rubina. U r such a strongest woman that I have ever seen. I don't watch this season. I just watch promos. And, this promo gives me goosebumps. Stay strong @RubiDilaik #RubinaRulingHearts pic.twitter.com/4KUa47Edga

It was so disconcerting to know about #Rubinav's divorce issue. No wonder Rubina is always trying to pacify Abhinav. Its very conspicuous that they do love each other, I just hope they sort everthing out and live happily ever after!❤#BiggBoss14 #RubinaDilaik #AbhinavShukla

Now this is a good game f rubina to take avinabh forward to the finale..
Drama of Divorce..
Then woh karwachauth n all drama of love ye fake tha ya divorce ka news fake hai..
BB14 BELONGS TO RAHUL