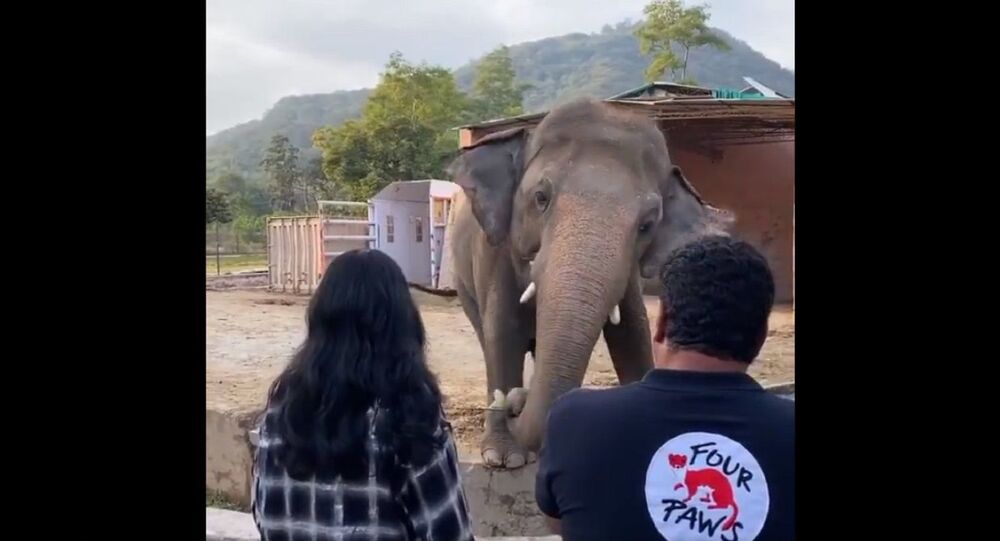 The loss of a loved one affects animals in the same destructing way it affects humans. In 2012, Kaavan – a bull elephant in a Pakistani zoo, lost his mate Saheli, which took a toll on its mental health. After being recognised as the world’s loneliest elephant, Kaavan was later diagnosed with obesity, due to his diet of 250 kg of sugarcane per day.

Following years of global outcry over the 35-year-old gentle giant’s heart-touching story, Kaavan climbed aboard a plane that flew him in a metal cage from Pakistan’s Islamabad to Cambodia’s Oddar Meanchey region – where a wildlife sanctuary with about 600 other elephants will be his new home.

Iconic American singer Cher, who had been raising voice against the horrible condition of Kaavan’s zoo in Islamabad for years, escorted the elephant from Pakistan to Cambodia.

A video of the overwhelmed singer singing to the elephant has also gone viral on social media, where Kaavan can be seen rocking his head to the superstar.

Just Came From Meeting To Thank Prime Minister Imran Kahn For Making It Possible For
Me To Take Kaavan To Cambodia. Kaavan Will Be Able To Leave For Cambodia On The 29. Think Documentary Will Be Heartwarming🙏🏻.

​Due  to his mammoth weight and eating habits, an Austria-based team of animal experts under the name “Four Paws” spent months getting Kaavan ready for his flight.

The elephant was reportedly cooperative while travelling and enjoyed his in-flight meals, the media reported, citing Amir Khali, a veterinarian from the Four Paws group.

Kaavan being moved into his container home which will then be loaded onto a large trawler for his journey to the airport and then onwards to Cambodia tonight. Islamabad Zoo bids him farewell and safe travels. His flight will leave late this evening from Islamabad! pic.twitter.com/vxaXEYDdJt

​After landing in Cambodia, the tusker was shifted into a truck that will take him to his new abode, where, animal experts are hoping he’ll find a new mate and pro-create. The last eight years since losing his mate, Kaavan has lived alone.

Owing to the inhuman conditions at the zoo, last year a Pakistani court ordered the shutting down of the enclosure in Islamabad.