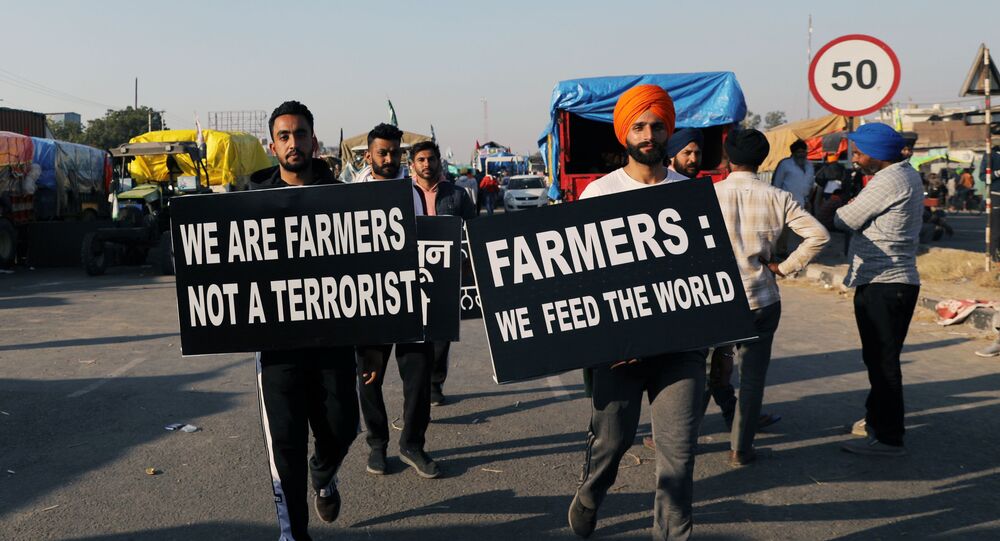 The passage of two farm reform bills, Farmers Produce Trade and Commerce Bill 2020 and the Farmers Agreement on Price Assurance and Farm Services Bill 2020, by the Indian Parliament in September this year has become a bone of contention between farmers and India's BJP-led national government, leading to widespread protests.

Amid the ongoing protests by farmers in the various parts of India's capital Delhi, Congress party politician Rahul Gandhi has accused the Narendra Modi government of committing atrocities against farmers.

The Congress leader also urged people to join an online campaign to show solidarity with the cause of the farmers.

Taking to Twitter on Monday, former Congress party chief Gandhi said, "First, it [the Modi government] brought the black laws and then caned the protesting farmers. But they forgot that when the farmers raise their voice, it resonates across the country."

"Join in protest against the treatment meted out to our fellow farmer brothers and sisters using #SpeakUpForFarmers," Gandhi added.

​Farmers from the Punjab, which has a Congress party-led state government, are protesting in the Burari area of New Delhi, while those from Uttar Pradesh (UP) are camped at the Ghazipur border, which Delhi shares with the state. Farmers have also threatened that they will jam all the entry points to Delhi if their demands are not met.

The farmers are protesting against the Modi government's two crucial farm reforms laws, which the Indian parliament approved in September this year.

The laws, which aim to promote agricultural sector liberalisation, are the Farmers Produce Trade and Commerce Bill, 2020 and the Farmers Agreement on Price Assurance and Farm Services Bill, 2020.

While the first law allows farmers to sell their produce at places apart from their designated government run agri market, the second law allows contract farming under which farmers can enter into supply agreements with private firms for remunerative and pre-decided prices.

Even though the legislation eliminates some government control over the farmers, they are up against the laws, as they believe the new rules threaten the Minimum Support Price (MSP) system -- the state procurement rate announced by the government at the end of every harvest season.

Meanwhile, Prime Minister Narendra Modi on Sunday urged the farmers to have the "right information and awareness" on the issue, maintaining that the new laws will open up new opportunities for the farmers.