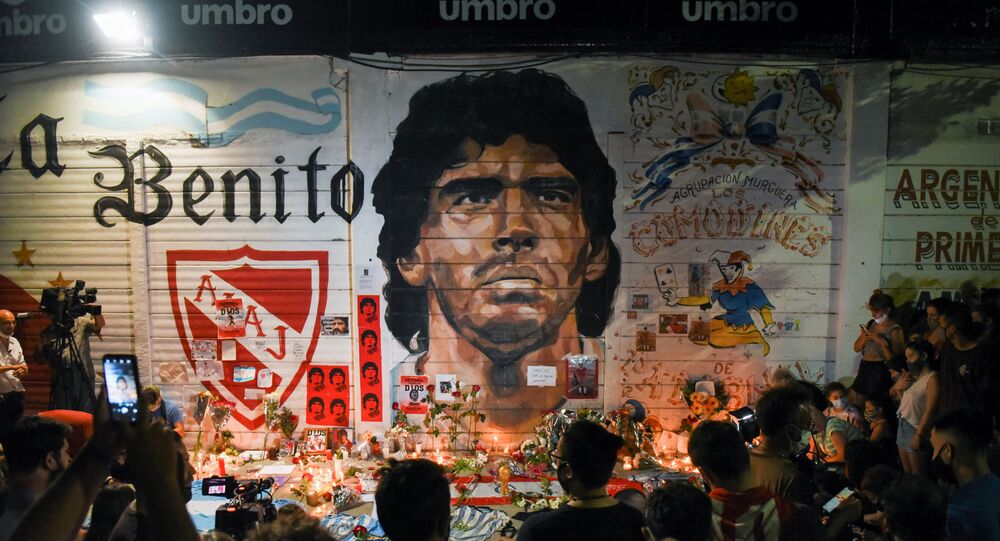 Legendary football player Diego Armando Maradona went into cardiac arrest and breathed his last on Wednesday (25 November) in Buenos Aires. The Argentine superstar was released from a hospital several weeks ago after undergoing successful brain surgery. The flamboyant footballer had just turned 60 on 30 October.

Indian Prime Minister Narendra Modi has joined players and football enthusiasts across the globe in mourning the death of legend Diego Maradona.

"Throughout his career, he gave us some of the best sporting moments on the football field. His untimely demise has saddened us all", tweeted Modi.

Diego Maradona was a maestro of football, who enjoyed global popularity. Throughout his career, he gave us some of the best sporting moments on the football field. His untimely demise has saddened us all. May his soul rest in peace.

RIP Diego Maradona. He changed the way the beautiful game of football is played. True genius.

​Indian footballers I.M. Vijayan, Sunil Chetri, and Shabir Ali were among scores of players and fans who mourned the death of Maradona.

The man has left us. His magic, madness and legend never will. #Maradona pic.twitter.com/gQ2pYpfts7

​Bollywood actor-producer Ajay Devgn described Maradona as a player who brought him closer to the game.

Have followed Maradona’s game & life for years. Maidaan brought me closer to the game. He was a football legend and a passionate sportsman. Sad to see him go. RIP Diego Maradona.

​Maradona's Indian connection started with his first visit to Kolkata, the soccer-crazy eastern city to inaugurate a private football academy in 2008. He returned to India four years later to Kerala and celebrated his 52nd birthday in advance, cutting a huge cake, dancing, and trading with Indian legend I.M. Vijayan and kicking balls into a large crowd from a makeshift stage. He was in the southern Indian state to inaugurate a jewellery showroom.

The footballer again returned to Kolkata in 2017 for a charity event and played a match with Indian cricketer Sourav Ganguly.