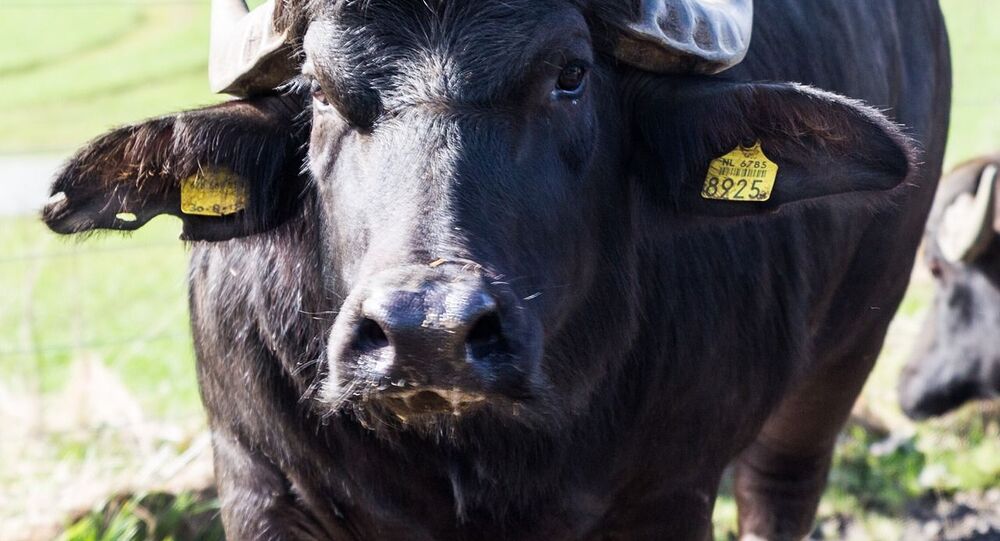 The COVID-19 vaccines developed by Pfizer and Moderna need to be preserved at a very low temperature. India’s Serum Institute is manufacturing the AstraZeneca vaccine in collaboration with Oxford University.

The practice of artificial insemination in the Indian dairy industry, which involves the transport of frozen sperm from various bull stations across the country at an extremely low temperature, may serve as a template for the logistical challenges for COVID-19 vaccines that need to be preserved in cold storages.

India’s dairy sector witnesses almost 80 million artificial inseminations annually, wherein frozen sperm from donating bulls at 56 bull stations are transported in liquid nitrogen containers at about minus 200 degrees Celsius for the insemination of female bovine, even in the distant interior.

The CEO of Prabhat Dairy, Rajiv Mitra, was quoted in a prominent Indian daily as saying that this can have “some relevance to the national roll out of the Covid vaccine”.

“The most crucial aspect of the artificial insemination cold chain is its reliability and its reach”, Mitra added.

Sperm loses its viability at a normal temperature within 15-25 minutes and therefore needs to be frozen at a low temperature. For this purpose, about five millilitres of semen is diluted in a solution and filled in straws. The straws are sealed and put in liquid nitrogen containers.

The containers are then dispatched from the bull stations to various breeding locations in the country.

Once they reach their destination, paraveterinary workers carry the frozen samples in three-litre containers to the remote villages where the breeding is supposed to take place. A three-litre container holds almost 700 straws and is easily transported on two-wheelers by paravet workers.

The minus 200-degree temperature is maintained in this dairy model throughout the transport of the bull sperm.

Two COVID-19 vaccines produced by Pfizer and Moderna need to be preserved at temperatures of minus 70 degrees Celsius and minus 10 degrees Celsius, posing a massive logistical challenge for countries like India.

Even though Indian Prime Minister Narendra Modi told state chiefs in a meeting held on Tuesday that India has not yet decided which vaccine it will use for inoculations, he has directed them to have a plan for vaccine administration in place so that crucial time is not lost in the event of regulatory approval of a vaccine.