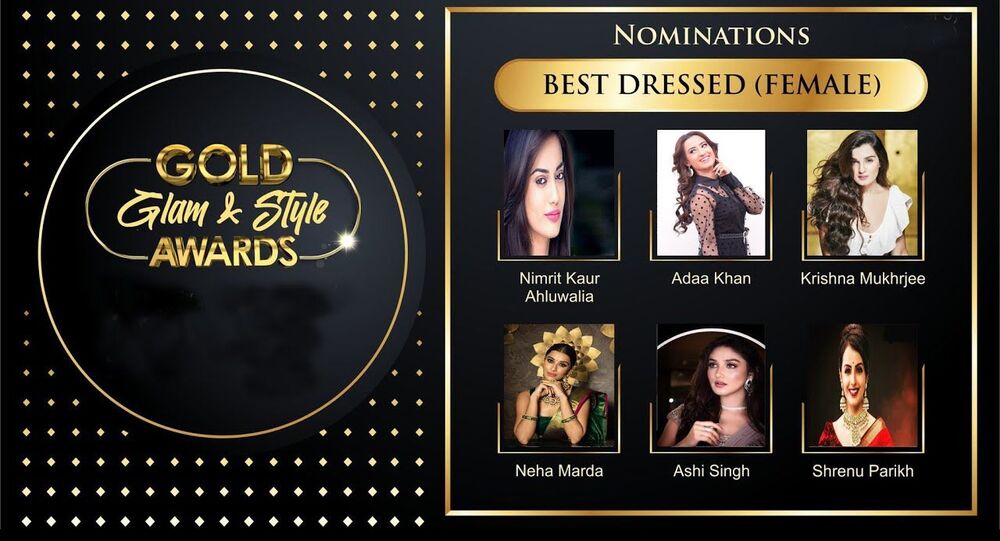 Every year, many gorgeous and stylish actors from the Indian television industry are awarded by the Gold Glam & Style Awards. This year, the ceremony took place in Maharashtra's Mumbai amid heightened COVID safety measures.

It was a star-studded night as many actors from the Indian television industry dazzled at the Gold Glam & Style Awards 2020.

Vision is the yield of futuristic zest and continuous hard work. If u get worthy appreciation and motivation along the way, the journey stands tall n inspiring..
Some stories are filled with gold even when u can’t see the colours. Thank you @VikasKalantri #GoldGlamAndStyleAwards pic.twitter.com/Xg0FIJ0YbF

The Most Glamorous TV Actress award went to Shraddha Arya who took to social media and wrote, "For me, style and glamour has a lot to do with your inner confidence, belief in yourself, and a disregard for anyone else's opinion of you. Wear anything you like with a smile and step out like a Queen- You're glamorous!"

Dressed to kill, actor Dheeraj Dhoopar, famous for his role in "Kundali Bhagya", won the Most Glamorous TV Actor award.