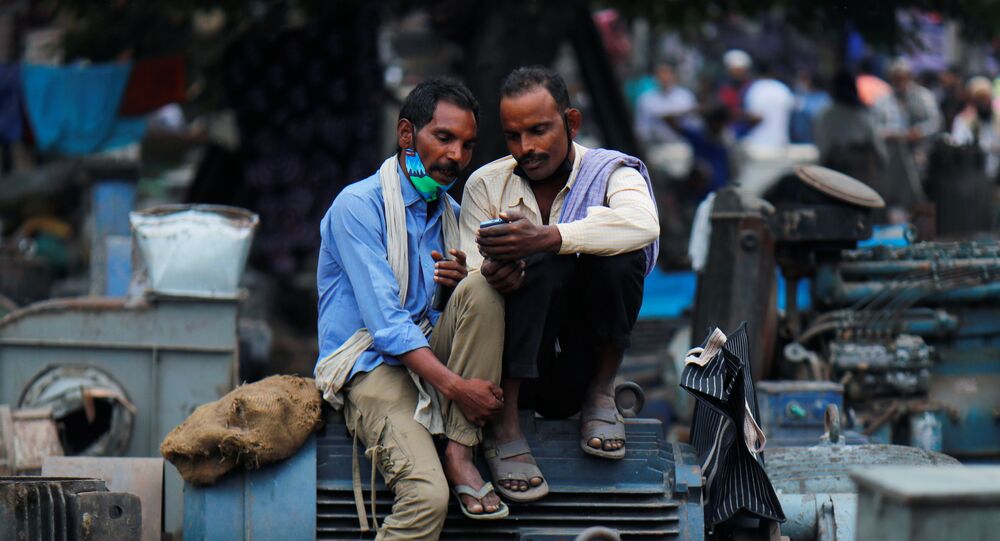 In recent months, India imposed a ban on the functioning of 233 made-in-China apps, citing serious concerns over national security. Against the backdrop of prevailing border tensions between the South Asian neighbours, India’s federal IT Minister Ravi Shankar Prasad called the move to ban Chinese apps a “digital strike” by India.

In a fresh order released Tuesday evening, the Indian government added the names of 42 more Chinese apps that now stand banned in the country. Some of these apps include popular ones like CamCard, WeDate, and Alibaba’s e-commerce app AliExpress, among others.

Echoing the same reason of national security concerns, in an official statement the central government said, "This action was taken based on the inputs regarding these apps for engaging in activities which are prejudicial to sovereignty and integrity of India, defence of India, security of state and public order".

The decision has received a positive response from Indian netizens, who have been riding on anti-China sentiments after 20 Indian soldiers were killed in hand-to-hand combat with Chinese troops in India’s Ladakh region on the intervening night of 15-16 June this year.

Sharing the list, Indian netizens applauded the fresh ban on made-in-China apps, which now brings the total to a significant 271.

Another commendable step by the Government of India! ban on 43 Chinese apps.

After the Tik Tok ban, the number of chutiyas started growing on snack app.

Thank you govt. Of india. pic.twitter.com/3HR5CKgJR8

With the new ban of 43 Chinese Apps... The total tally of eliminated chinese apps goes to 271...

Indian App developers must come forward and grab this opportunity..!#ChineseApps

Great step. I guess we should completely ban the Chinese apps because they cannot be trusted at all 😡

Reacting to the ban, Ji Rong, the spokesperson for Chinese Embassy in India, said that China firmly opposes India's repeated use of "national security” as an excuse to prohibit Chinese apps.

​The Indian government has not reacted to Ji Rong's statement as of now.

​India is second largest in the world in terms of both Internet usage as well as its smartphone market, with over 333 million and 500 million users respectively. Hence India’s ban on Chinese apps is a major attack on China’s business and economy.

Other popular apps, like the video-making app TikTok and mobile game PlayersUnknown Battleground (PUBG), have also made it into the list of apps now prohibited from functioning in the country.