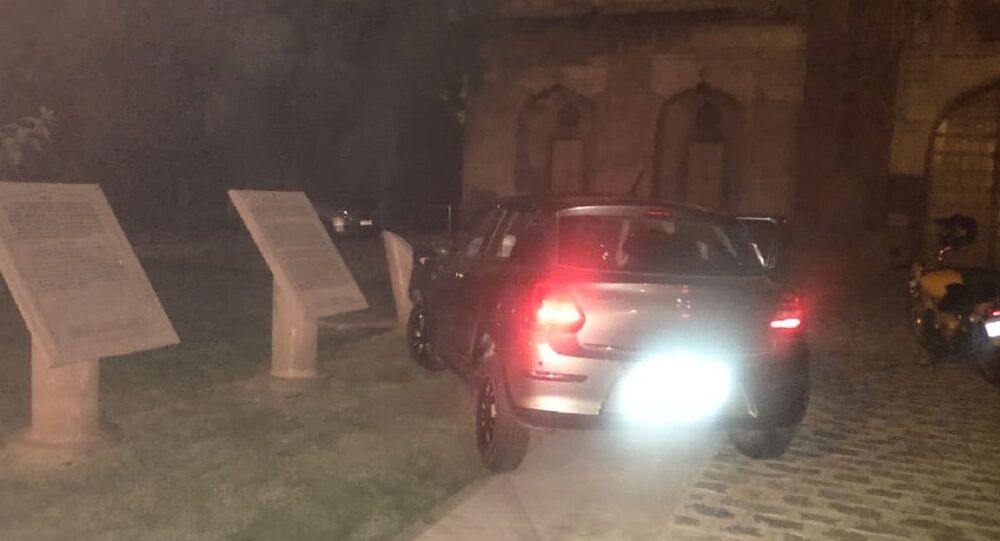 Earlier this year, the Qutub Minar UNESCO World Heritage site in Delhi was damaged after an allegedly drunk driver crashed his car into its boundary wall.

Part of the Safdarjung Tomb complex was damaged after a speeding car rammed into it early on Monday morning, Archaeological Survey of India (ASI) officials said.

The Indian government agency ASI is attached to the Ministry of Culture and is responsible for archaeological research and the conservation and preservation of cultural monuments in the country.

According to a senior ASI official, the car was being driven by Vijay Bahri, a resident of Delhi, when the incident took place at around 3 a.m.

"He rammed into the main entrance of Safdarjung Tomb and further hit the stone signage", the official said, adding that the driver of the car was in an "inebriated state and hence lost control over his vehicle".

A car crashed into the Safdarjung Tomb complex last night/early morning today. The iron gate and stone signage were broken due to the high-speed crash, according to officials of the Archaeological Survey of India. pic.twitter.com/l49Xx24xfG

​The official also revealed that no one was injured but that the driver was rushed to Ram Manohar Lohia Hospital. The driver also didn't sustain any serious injury.

Speaking to Sputnik, a senior police official said that a case under the sections for rash driving (Section 279 of the Indian Penal Code) and under provisions of the Prevention of Damage to Public Property Act, 1984 as well as the Motor Vehicles Act has been registered.

The archaeology department is now assessing the damage.

Safdarjung's Tomb, a mausoleum built by Safdarjung’s son Nawab Shujaud Daula, remains the last monumental garden tomb depicting Mughal architectural style. Made of marble and sandstone, it was built in 1753- 54 as a mausoleum for Safdarjung, the viceroy of Awadh under Mughal Emperor Mohammed Shah.