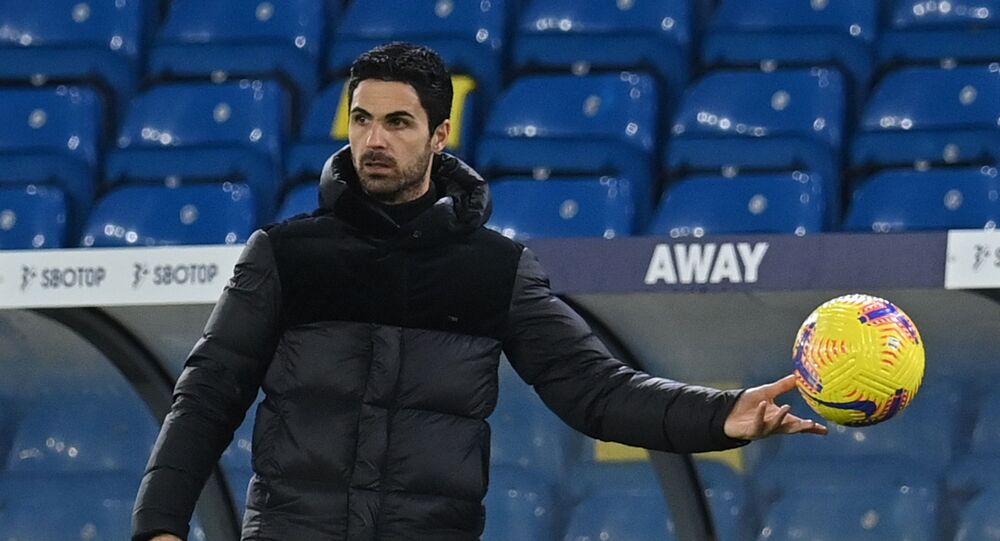 Arsenal is considered one of the giants of the Premier League, the top flight of English football. The club has won 13 league titles (including one undefeated season) and a record 14 FA Cups.

Arsenal and Leeds United clashed in a 2020-21 English Premier League football match on Sunday night, with "The Gunners" holding "The Whites" to a goalless draw despite being down to 10 men.

Arsenal winger Nicolas Pepe left his team a man short after he headbutted Leeds defender Ezgjan Alioski just six minutes into the second half of the game.

"We knew the level of intensity, aggression, and how alive Leeds are in every action. You need to be able to deal with that because it's part of the plan against this team", Arteta said.

Despite the match ending in a draw, Arsenal fans lashed out at Arteta, saying that the problem is the manager, and called for him to be sacked, with the hashtag #ArtetaOut trending on Twitter.

#ArtetaOut let's get this trending, it's clear he hasn't learned over these last 2 weeks. Newcastle play more attractive football than us. He's just a waterboy. Sack him and get a proper manager

I'm still thinking that after 9 games Arsenal has only manage to score 9 goals accompanied with the most depressing and boring football on earth. The earliest @Arsenal sack that fraud arteta ? We'll keep being a shithole club #ArtetaOut.

💬 "Being happy with a draw doesn't resonate with me. Even with 10 men, I still want to win. I don't want to approach the game with a mindset that means we have an excuse not to win this game."@HectorBellerin | #LEEARS

@Arsenal Problem is the manager, time and again resorts to 8 man back line in defensive transitions giving us no actual options of a fluid attack. It doesn’t pain me to say it’s just that simple #ArtetaOut https://t.co/jubQeqQaQl

In the first 9 games of the season, Arsenal has only scored 9 goals, their worst start to a league season in terms of goal scoring since the 1998/99 season.