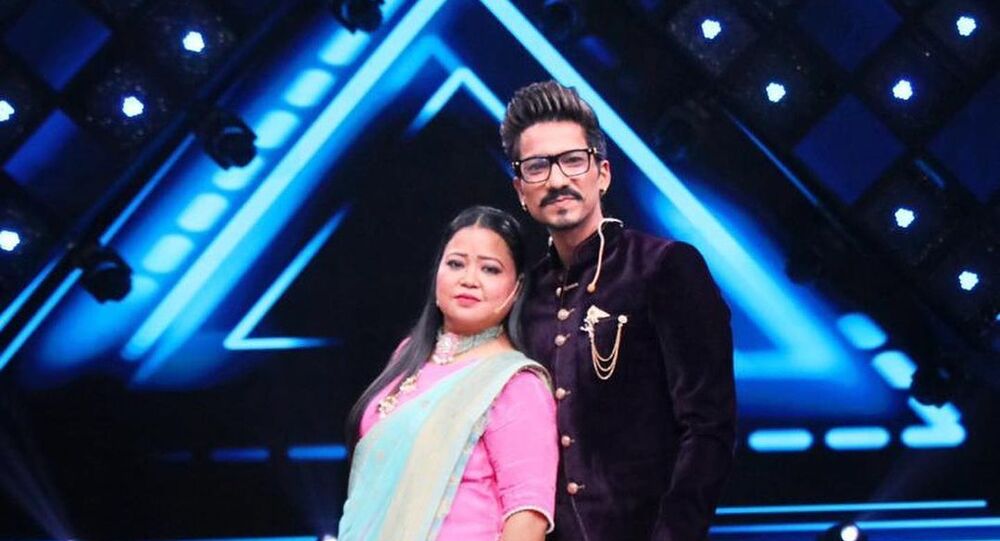 India's Narcotics Control Bureau has been cracking down on Bollywood's 'drug nexus' which was exposed during a probe into the death of actor Sushant Singh Rajput and arrest of his girlfriend Rhea Chakraborty for allegedly providing him with drugs. Many A-listers such as Deepika Padukone, Sara Ali Khan, Arjun Rampal, and others have been summoned.

The probe into Bollywood’s so-called drug nexus took a big twist after the arrest of popular Indian comedian Bharti Singh and her husband Haarsh Limbachiyaa on Saturday night by the Narcotics Control Bureau (NCB) of India.

The couple reportedly confessed to consuming cannabis (ganja) as the NCB recovered 86.5 grams of it during the raid at their production office and house in Mumbai yesterday. A Mumbai Court on Sunday sent the couple to judicial custody till December 4.

Mumbai: Comedian Bharti Singh & her husband Haarsh Limbachiyaa being taken to hospital for medical examination. They have been arrested by the Narcotics Control Bureau (NCB). #Maharashtra https://t.co/vutDGJ6NsS pic.twitter.com/EuSYkGovpq

​According to media reports, NCB had earlier raided the Khar Danda area of Mumbai and nabbed a 21-year-old drug dealer who had 15 commercial quantity tabs of LSD, marijuana (40 grams), and Nitrazepam (psychotropic medicine).

The couple’s name popped up during the interrogation which led to the raid.

Bollywood's drug nexus came into the spotlight during a drug probe linked to the suicide of late actor Sushant Singh Rajput. His girlfriend, actress Rhea Chakraborty, was arrested by the NCB on 9 September for allegedly providing drugs to him but was granted bail after a month.

On 8 November, film Producer Firoz Nadiadwala's wife Shabana Saeed was arrested after the NCB seized 10g of Marijuana from their residence. She was released on bail on 10 November.

Many A-list actors such as Deepika Padukone, Sara Ali Khan, Shraddha Kapoor, Rakul Preet, Arjun Rampal and many others have been called in for questioning by the NCB.

Now the arrest of Bharti and Haarsh after their confession to consuming cannabis has left their fans in shock and has created an uproar on social media. Netizens are now suspecting the involvement of comedian Kapil Sharma and many others in Bollywood's drug nexus.

Even after so much drama for the last 3-4 months, still she didn't learn the lessons, & drugs are found in her home, so she rightly deserves to be arrested. #BhartiSingh #HarshLimbachiya #Bharti #BhartiSinghArrested #NCB#KapilSharma pic.twitter.com/2LPfz7g8J0

#BhartiSingh accepted that Yes she is #druggie and belongs to #BollywoodDrugGang & her husband #HarshLimbachiyaa also arrested by Ncb for keeping 86.5 G Ganja in his home
I think next is #KapilSharma
Why they cheat their fans, they are our culprits.?? 😠#drugscase#ASimpleMurder pic.twitter.com/wXXLkx4SR9