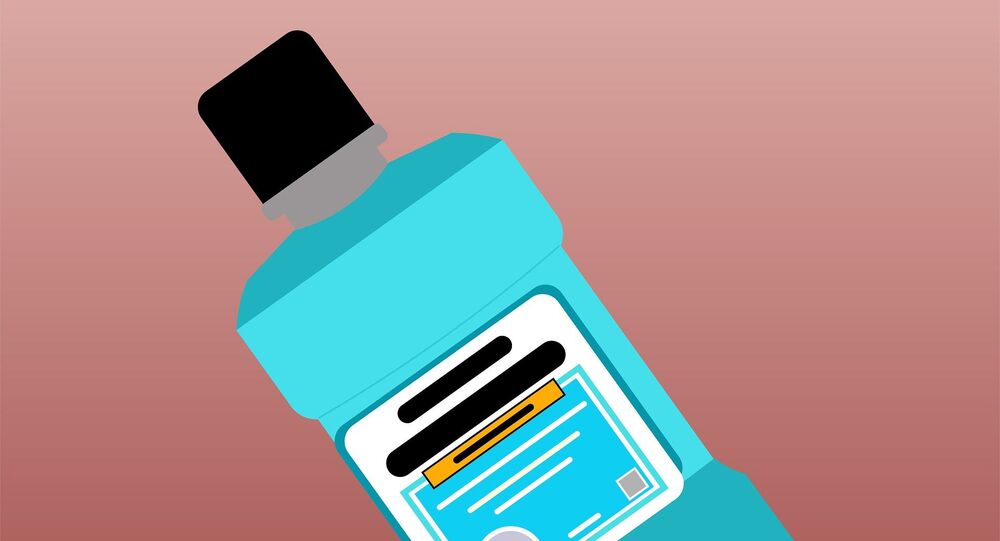 Although India has been reporting a steady fall in the number of fresh COVID-19 infections over the past week, the situation is particularly troubling in major cities, specifically the capital Delhi.

Global consumer goods giant Unilever will launch its new mouthwash formula to India next month because the mixture apparently reduces the COVID load by 99.9 percent in 30 seconds, the Anglo-Dutch company said on Saturday.

"This technology will be brought to India by Hindustan Unilever Ltd (HUL) in Pepsodent Germicheck Mouth Rinse Liquid,” it said.

Glyn Roberts, Head of Unilever Oral Care R&D (Research and Development), said in a statement on 12 November that the results of the study were a “promising step” to understanding how mouthwashes could help to reduce the spread of coronavirus.

“The virus that causes COVID-19 spreads primarily through droplets of saliva or discharge from the nose, which has been detected before, during, and after the acute phase of illness, as well as in asymptomatic cases,” said Roberts. “Therefore, reducing the viral load in the mouth could help to reduce transmission,” he added.

Roberts added that the company was “committed” to making available CPC-based products in as many countries as possible in coming days.

Unilever, however, cautioned that the new mouthwash doesn’t cure a person of the virus.

Earlier this week, researchers at Cardiff University claimed in a study entitled "The Virucidal Efficacy of Oral Rinse Components Against SARS-CoV-2 In Vitro", that mouthwash can eradicate coronavirus within 30 seconds of being exposed to it in a laboratory setting.

“Though these mouthwashes very effectively eradicate the virus in the laboratory, we have yet to see if they work in patients and this is the point of our ongoing clinical study. It is important to point out that the study won’t give us any direct evidence on viral transmission between patients, that would require a different type of study on a much larger scale. The ongoing clinical study will, however, show us how long any effects last, following a single administration of the mouthwash in patients with Covid-19”, Professor David Thomas from Cardiff University said.

The report has yet to be peer reviewed.

India’s COVID tally exceeded the 9 million mark on Saturday, according to official data from the federal health ministry. The South Asian country’s COVID-caseload is the second highest globally, with only the US doing worse. More than 130,000 Indians have succumbed to the virus since it first surfaced on 30 January in southern Kerala state. Only the US and Brazil have reported more deaths than India.