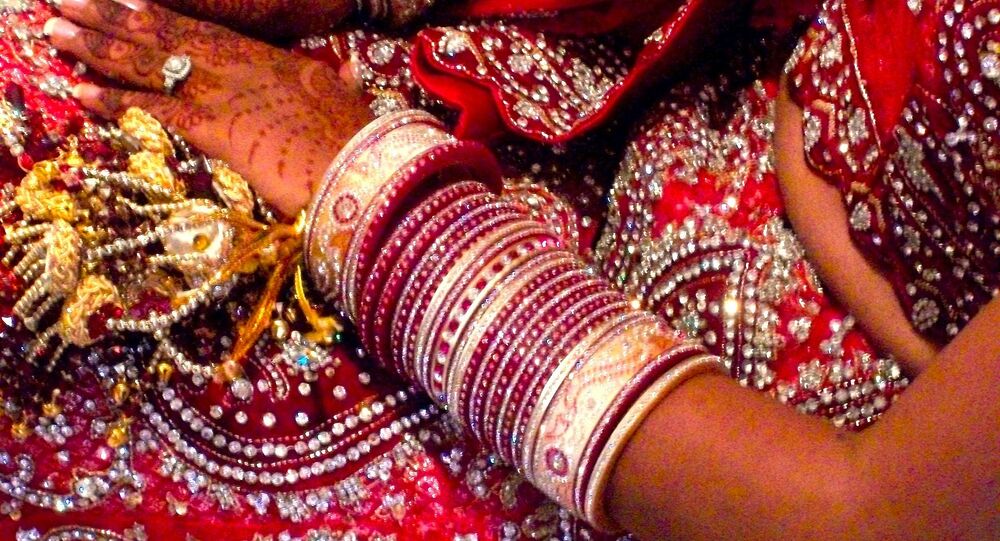 The chief minister of Uttar Pradesh, India's most populous state, warned Muslim men "luring" Hindu women into marriage last moth that they would be forced to conduct their last rites if the practice of 'Love Jihad' didn't end. The remarks by the Hindu monk-turned-BJP leader were made during a state election meeting.

"Laws must exist to protect women from such marriages," said Vadakkan, adding that the not only the majority Hindu community, but even the Sikh and Christian communities have objected to such "forcible marriages".

He further alleged that in his home state of Kerala, complaints had arisen about certain Islamist organisations funding such Hindu-Muslim marriages. "It is amply evident from widows in Afghanistan who had been forced into marrying their men and converting," he added.

The remarks by the BJP spokesperson come as India’s most populous state, Uttar Pradesh, on Friday moved a step closer to enacting a law on regulating interfaith marriages after the state authorities said on Friday that they had made all “necessary preparations” to check the practice of religious conversions in the name of marriage, according to the news agency Press Trust of India (PTI).

“There has been a rise in such cases in the state, which have caused social disharmony and enmity. These incidents are also bringing a bad name to the state and therefore a strict law is the need of the hour,” the state’s Law Minister Brijesh Pathak said.

© CC0
'Love Jihad' Controversy: Inter-Religious Marriages Face Heat From Conservative Hindus in India
The proposed law, which is backed by India’s governing Bharatiya Janata Party (BJP), targets individuals who only marry Hindu women so that they can “forcefully convert” their partners.

The term ‘Love Jihad’, popularised by prominent BJP leaders, is specifically seen in context of Hindu-Muslim marriages, wherein a Muslim boy marries a Hindu girl. Many BJP leaders have alleged that the express purpose of Muslim men is to “lure” Hindu women into marriage and effect a demographic change.

The recent debate on introducing a law to counter "Love-Jihad" gained traction in the wake of the killing of a 21-year-old girl by her Muslim boyfriend's accomplice in Haryana state. According to reports, the girl had refused to heed her boyfriend's request to convert to Islam.

Besides Uttar Pradesh, several other BJP-ruled states, Madhya Pradesh, Karnataka and Haryana, have also made their intention clear about passing a similar law in the coming days. According to Vadakkan, similar laws are also being mulled in BJP-governed Assam and Telangana, which is ruled by a regional outfit.

The proposed law calls for five years of rigorous imprisonment and/or non-bailable warrant against individuals “fraudulently luring” their partners into marriage.

Meanwhile, in the state of Bihar, the BJP has asked its alliance partner to follow in the footsteps of other states and introduce the law. The BJP-led National Democratic Alliance’s (NDA) state election victory this month in Bihar has been largely credited to the charisma of Prime Minister Narendra Modi, which analysts say affords them more political say in the government, led by ally and state chief Nitish Kumar.

However, several experts and leaders from the main opposition Congress Party have expressed concerns over the passage of such a law, which they say challenges Article 21 of the Indian Constitution. The said constitutional provision affords the Indian citizens the right to marry as they please.

In scathing remarks against the proposed law, Congress leader and Chief Minister of the state of Rajasthan remarked that “jihad has no place in love.”

Love Jihad is a word manufactured by BJP to divide the Nation & disturb communal harmony. Marriage is a matter of personal liberty, bringing a law to curb it is completely unconstitutional & it will not stand in any court of law. Jihad has no place in Love.
1/

​“They are creating an environment in the nation where consenting adults would be at the mercy of state power. Marriage is a personal decision & they are putting curbs on it, which is like snatching away personal liberty,” Gehlot said.

While his remarks have been backed by prominent netizens on social media, the support for the BJP’s proposed law remains strong.

The move by UP govt & 4 Indian states to have love jihad laws is embarrassing & immoral. It demeans women. Who one marries & whether or not one practices a religion are an individual’s choice, not the government’s. India has been a beacon for such ideas. It’s sad to a retreat.

​A BJP leader from southern non-Hindi speaking state of Kerala has also demanded the implementation of an interfaith marriage law along the lines of other states.

Bold action by Madhya Pradesh, Uttar Pradesh and Haryana govts. against Love Jihad has to be replicated in Kerala. Even after multiple allegations of #LoveJihad from minority Christian community as well, Kerala's radical sympathizing govt. has not taken any actions.