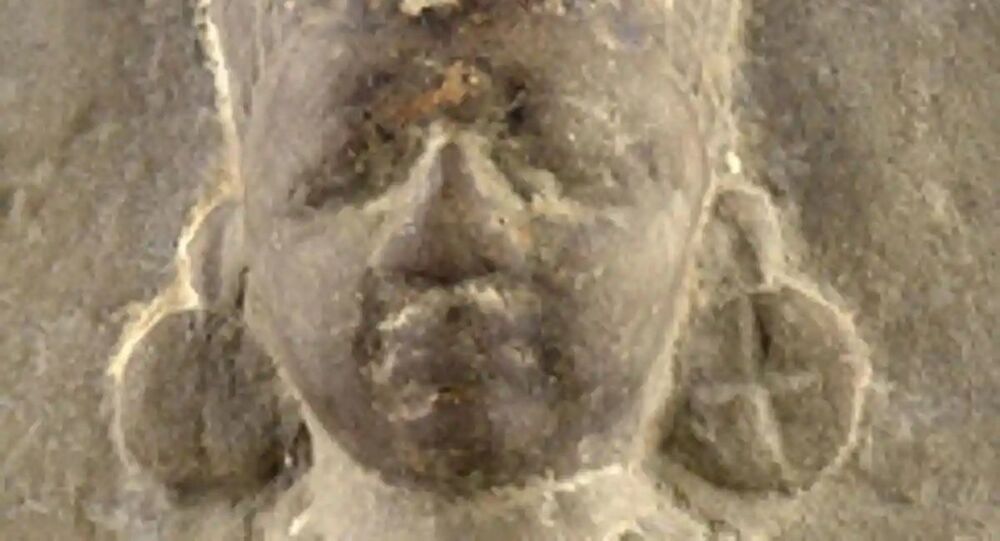 Thomas Chase, interim president and vice-chancellor of the University of Regina in Canada has handed back an 18th-century stone idol of the goddess Annapurna to India’s high commissioner to Ottawa, Ajay Bisaria. The priceless idol is believed to have been taken a century ago by Canadian art collector Norman Mackenzie.

The popular campus of the University of Regina in Canada is famed for the Mackenzie Art Museum, named after the Canadian lawyer and patron of the arts who lived from 1869 to 1936. This statue of the goddess Annapurna – the deity of food according to Hindu mythology – was introduced into the museum's collection by Mackenzie in 1935.

The Annapurna statue was then identified by Dr Siddhartha V Shah, curator of Indian and South Asian Art at the Peabody Essex Museum.

Once alerted, the university sought to remedy the century-old wrong. pic.twitter.com/nc717vj8yL

​A statement from the university citing research by artist Divya Mehra revealed that Mackenzie might have bought the idol on his trip to the country in 1913 after a stranger heard the collector’s “desire to have the statue, and stole it for him from its original location - a shrine at stone steps on the bank of the Ganges at Varanasi”.

In a virtual event that was also attended by officials from Global Affairs Canada and Canada Border Service Agency, the idol was handed over by the University of Regina officials to the Indian High Commission.

In its statement, the Indian High Commission said that the university, which is in the capital city of Canada's province Saskatchewan, recently discovered that the Annapurna statue may have been bought “under suspicious circumstances and did not conform with current principles of ethical acquisition” and therefore decided to return it.

In September, the High Commission of India (HCI) in London received three brass 15th-century idols of the Hindu gods Rama, Sita and Laxmana which were stolen 40 years ago by the UK government and will be repatriated to the Sri Rajagopala Swamy Temple in Anandamangalam village in Tamil Nadu, along with another idol of the monkey god Hanuman.

Auspicious moment as 3 more priceless statues of Vijayanagara period stolen from Vishnu temple, Nagapatinnam in 1978, recovered by @HCI_London with support of #MetPoliceLondon, restored to Govt of Tamil Nadu in presence of Hble Union Min for Culture&Tourism Shri @prahladspatel. pic.twitter.com/XRmzQIkWG6