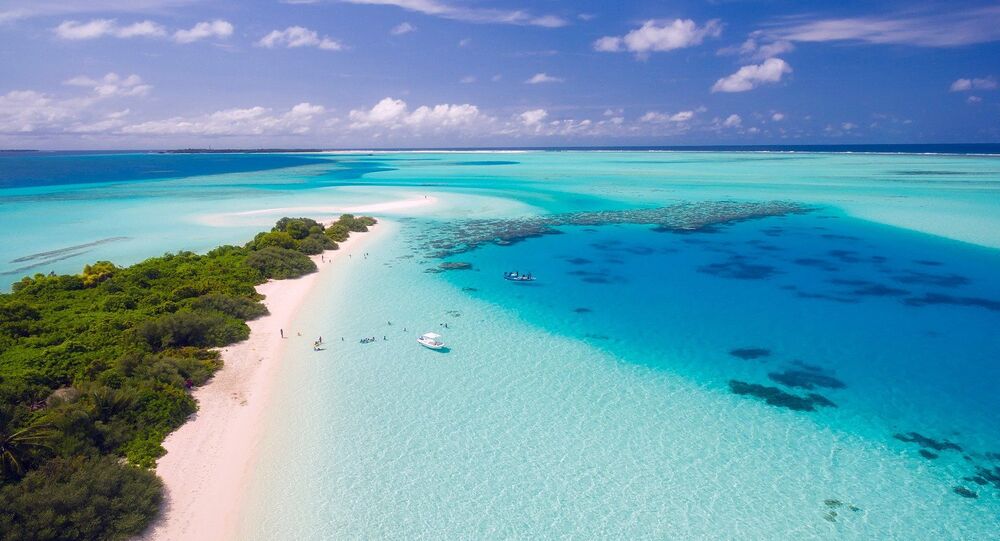 The Covid-19 pandemic has affected the travel and tourism industry worldwide. But post-lockdown, many travel destinations have opened up with safety measures in place, inviting tourists to beat the pandemic blues.

Many Bollywood celebs such as Katrina Kaif, Disha Patani, Tiger Shroff, Taapsee Pannu, Tara Sutaria, Kajal Aggarwal and others flaunted their bikini-clad bodies during a recent trip to the Maldives, raising temperatures at home in India with their sizzling profile pics.

Take a look at some pictures of celebs striking poses and strutting their stuff during their trip to the tropical island paradise.

Actress Tara Sutaria Rings in her 25th Birthday in Style

Bikini-clad Tara Sutaria celebrated her 25th birthday on November 19 in the Maldives with her rumoured boyfriend Aadar Jain. The birthday girl treated her fans to breathtaking beach pictures.

To get to work in an exotic destination like the Maldives can be a treat in itself; actress Katrina Kaif, who had travelled there with her team for a fashion shoot, made the most of it. She let her hair down and shared a sun-kissed picture of herself in a white bikini, leaving her fans in awe.

Actor Tiger Shroff woo his fans with his six-pack

Flaunting his chiselled body, actor Tiger Shroff wooed his fans by making somersault backflips and posing on the beach in yellow hotpants. The actor rung in Diwali, the Hindu festival of lights, this year in the Maldives.

Bollywood’s hottest couple, Tiger Shroff and Disha Patani, who have been hush-hush about their relationship, escaped to the Maldives to enjoy the sun and sand together. Disha took the internet by storm with her series of beachwear pictures, wowing admirers in her red bikini.

Newlywed actress Kajal Aggarwal and businessman Gautam Kitchlu kick-started their life as a married couple with an exotic Maldives honeymoon holiday. Holding hands during an underwater dive, the couple posted a stunning picture.

Taking a dip in the pool in Maldives, actor Varun Dhawan made a quick escape before shooting back-to-back for his upcoming movies, including “Jug Jug Jiyo”, “Bhediya”, “‘Ekkis”, and another untitled project.

Calling it a paradise of love, actress Shibani Dandekar took to social media with a series of pictures, posing in a sultry bikini. Farhan Akhtar, meanwhile, shared a video of himself snorkelling underneath the waves.

Girl gang having a blast

Before returning to work, actress Taapsee Pannu made a quick vacation with her girl gang in October. She shared her major travel goals along with a flood of pictures from her exotic getaway.

From soaking in the sun to playing Billiards, chess, and doing aerial yoga, actress Elli Avrram made the most of her recent trip to the Maldives.

Actresses Mouni Roy celebrated her 35th birthday anniversary with actress friend Mandira Bedi on 28 September. They let their hair down and beat the pandemic blues in style.

Bored at Home Amid Lockdown, Bollywood Diva Urvashi Rautela Shows Her Sexy Side