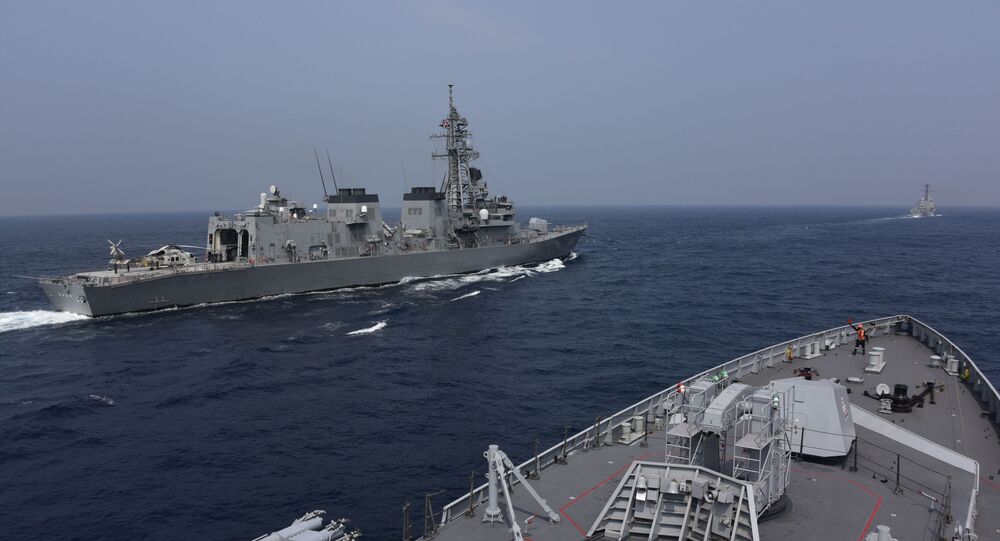 The Malabar series was first conducted as a bilateral India-US exercise in 1992. Japan joined the drills in 2015. Meanwhile, Australia has participated only once, back in 2007.

As the navies of India, the United States, Japan, and Australia are set to kick off the second phase of the Malabar exercise on Tuesday, the drills will be conducted in the northern Arabian Sea between 17 and 20 November.

"The second phase of Malabar naval drills will be more elaborate and complex than the first one as it will involve the participation of Indian and American aircraft carriers", an Indian Navy spokesperson said.

He further mentioned that phase two will witness joint operations centred on the Vikramaditya Carrier Battle Group of the Indian Navy and the Nimitz Carrier Strike Group of the US Navy.

"The two carriers, along with other ships, submarines and aircraft of the participating navies, would be engaged in high intensity naval operations over four days”, he added.

The drills will include cross-deck flying operations and advanced air defence exercises by the INS Vikramaditya’s MiG-29K fighters and the USS Nimitz’s F-18 fighters and E2C Hawkeye aircraft.

The drill will cover advanced surface and anti-submarine warfare exercises and weapons firing to “further enhance inter-operability and synergy between the four friendly navies”, the spokesperson said.

According to a senior navy official, the exercise is being conducted at a time when China is closely tracking the activities of the four countries and seeking to increase its footprint in the Indian Ocean Region (IOR).

It is being conducted in a "non-contact, at sea only" format in view of the COVID-19 pandemic.

The first phase of the exercise was held in the Bay of Bengal on 3-6 November.