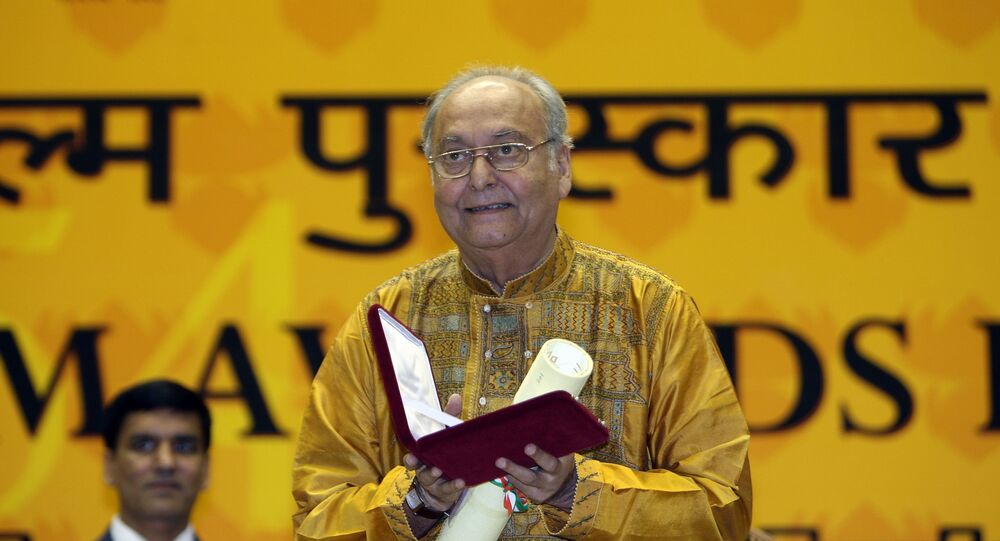 The Indian film industry has suffered a good many losses this year, some to COVID-19. Young and promising star Sushant Singh Rajput, the evergreen Rishi Kapoor, actor Irrfan Khan, comedian Jagdeep, singer S.P. Balasubrahmanyam, and choreographer Saroj Khan are just some of those who’ve passed away in 2020.

Soumitra Chatterjee, a celebrated Indian actor known for his collaborations with Oscar-winning director Satyajit Ray has passed away due to coronavirus complications.

Chatterjee was admitted to a Kolkata hospital on 6 October after testing positive for COVID-19.

The 85-year-old legend debuted in Satyajit Ray's masterpiece "Apur Sansar" or "The World of Apu" and went on to act in 14 the maestro's films.

"He was the lead actor for almost all films of Satyajit Ray, the best film technician India had. Soumitra was always chosen by Ray and both were somehow on the same wavelength. Ray very often didn't have to tell Soumitra how to emote a particular role and situation", recalled film critic B.B. Nagpal.

Nagpal told Sputnik that Manik'da (as Satyajit was popularly called), used to draw every scene of his film before shooting it and wrote dialogues for his films, which he then read out to the actors.

The Indian Express reported that 59 film and television personalities have passed away during the year, many succumbing to COVID-19.