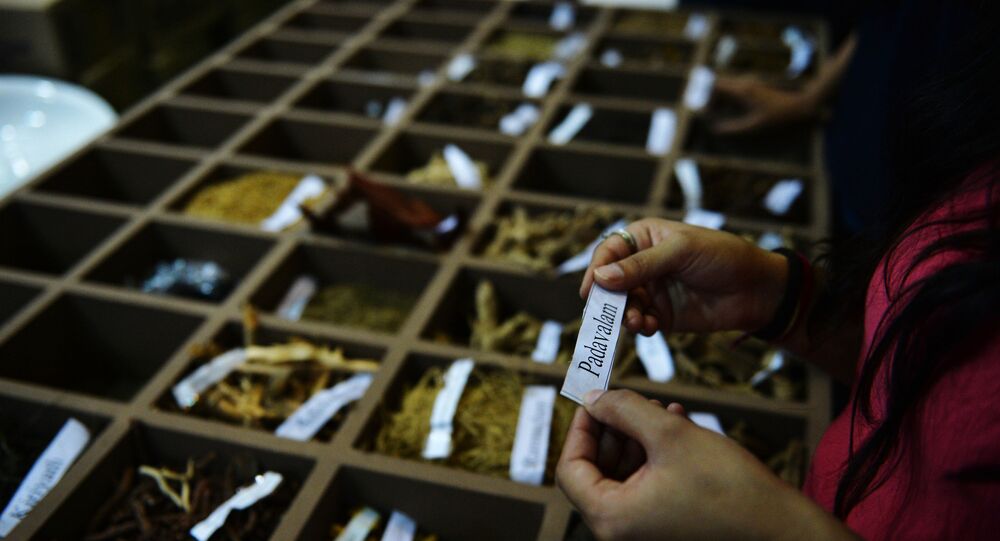 Indian Prime Minister Narendra Modi said on Friday that if the country, with its huge population, could lessen the impact of coronavirus, traditional systems of medicines should also be credited. He was inaugurating two future-ready Ayurveda institutions – in Jamnagar, in his home state of Gujarat, and in Jaipur, Rajasthan state.

Researchers in India’s traditional Ayurveda system of medicine say that refusal to accept empirical evidence regarding the system for the treatment of several ailments is “unethical”.

“While there is a moral obligation to use all available resources for the greater good, what we are currently witnessing appears to be a refusal to accept empirical evidence in support of the immunomodulatory potential of Ayurvedic Rasayana and other AYUSH measures. This is neither in the people’s interest nor that of science, besides being unethical,” said the researchers, led by Dr. Bhushan Patwardhan.

Dr. Patwardhan is Chair of the Interdisciplinary AYUSH (Ayurveda, Yoga, Unani, Siddha and Homeopathy) Research and Development Task Force, set up by the Indian federal government in the wake of the spread of coronavirus in the country.

The team of researchers in a paper published in the Indian Journal of Medical Ethics said the inclusion of simple and safe measures from AYUSH systems is in the interest of the larger public good,in the prevention and treatment of COVID-19, to contain its spread and prevent economic loss.

The researchers said that in a resource-poor healthcare system like India, the shortage of personnel and equipment might not be able to sustain an emergency response on the scale required for management of the pandemic.

A national body of modern medical practitioners, the Indian Medical Association, took strong exception to a national protocol on Ayurveda and Yoga for management of COVID-19 in early October, terming it a “fraud on the nation and gullible patients”.

“There is no modern medicine intervention available today to increase immunity. As far as COVID-19 is concerned, modern medicine and AYUSH are on the same playing field. None is superior or inferior, because everyone is experimenting," Dr Patwardhan told Sputnik in an earlier interview.

"In that case we are raising the question, when everything is new, when everybody is experimenting, why AYUSH interventions are not becoming mainstream for COVID-19 management?” he added.

Another researcher in Ayurveda, Dr. P. Rammanohar said the burden on the healthcare system can be reduced by integrating Ayurveda into COVID-19 management.

“Denying alternative systems of medicine is a violation of the freedom of the people to make choices in seeking healthcare,” Dr. Rammanohar, Research Director at Amrita University’s Centre for Advanced Research in Ayurveda, told Sputnik on Friday.

Ayurveda recommends local and systemic preventative measures for respiratory diseases that might be beneficial in fighting COVID-19. These include the use of medicated water, mouth rinse and gargle, steam inhalation, nasal oil application and the use of Rasayana as immune-strengthening therapy.

Rasayana is an early Ayurvedic medical term referring to techniques for lengthening lifespans and invigorating the body.

The researchers claimed that reasonably good empirical evidence was available in support of these measures. There were also some age-old traditional practices in popular use.

Several in vitro, animal and clinical studies have demonstrated the immunomodulatory effects of the Rasayana drugs such as Ashwagandha (Withania somnifera), Guduchi (Tinospora cordifoloia), and Amalaki (Emblica officinale) among many others, they pointed out.

India’s federal Ministry of AYUSH has released its independent advisory to people for self-care measures during the  COVID-19 outbreak.

China, where the first case of COVID-19 is believed to have been detected, has successfully integrated Traditional Chinese Medicine (TCM) into mainstream healthcare.

The Indian government has recognised traditional systems, namely, Ayurveda, Yoga and Naturopathy, Unani, Siddha, and Homeopathy (AYUSH), which are regulated by an independent Ministry of AYUSH. Each of these systems has its own educational policy, standards for professional qualifications, registry of practitioners and research council.