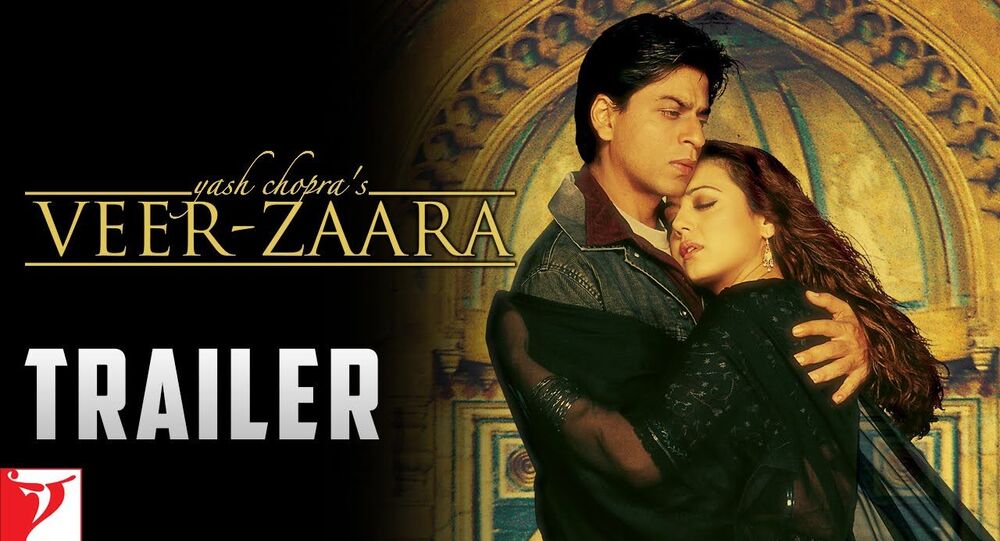 Superstars Shah Rukh Khan, Preity Zinta and Rani Mukerji starred in ‘Veer-Zaara’, a movie that won countless hearts with its endearing romance, soulful music and breathtaking visuals. Directed by the late legendary filmmaker Yash Chopra, the movie became a blockbuster hit in 2004 and made a whopping $14 million worldwide.

16 years after the release of ‘Veer Zaara’, a movie deemed one of Bollywood's most romantic love stories, many fans still consider it so special to them that they have taken to Twitter to share their favourite music and scenes, making it trend on social media.

Calling it one of the ‘best music albums’ and ‘most romantic movies’ of Bollywood, one netizen wrote, “If Hollywood Has Titanic Then India Has Veer Zaara.’

The movie revolves around the story of Veer Singh (Shahrukh Khan), an Indian Air Force pilot and Zaara (Preity Zinta), a Pakistani girl, who happen to meet in India and fall in love. Unfortunately, Zaara gets engaged to a Pakistani man, Raza and is forced to return.

However, Veer travels to Pakistan to see if he can win Zaara over and what follows is a series of events which end with him in prison.

Actress Preity Zinta, who played Zaara in the movie, shared that working with Director Yash Chopra on this labour of love was an incredible privilege and a most beautiful cinematic experience.

​The music of  ‘Veer Zaara’ beautifully captures every mood; it had songs for all moments, whether you're celebrating life, self, and the spirit of patriotism or expressing eternal love, or the sadness of separation.

Many netizens shared video clips of their favourite songs from the movie.

The soundtrack of the movie features 11 songs which include old and untouched compositions by the late Madan Mohan that were later revised by his son Sanjeev Kohli. The songs were sung by legendary singer Lata Mangeshkar along with the late Jagjit Singh, Udit Narayan, Sonu Nigam, Gurdas Mann and many others.