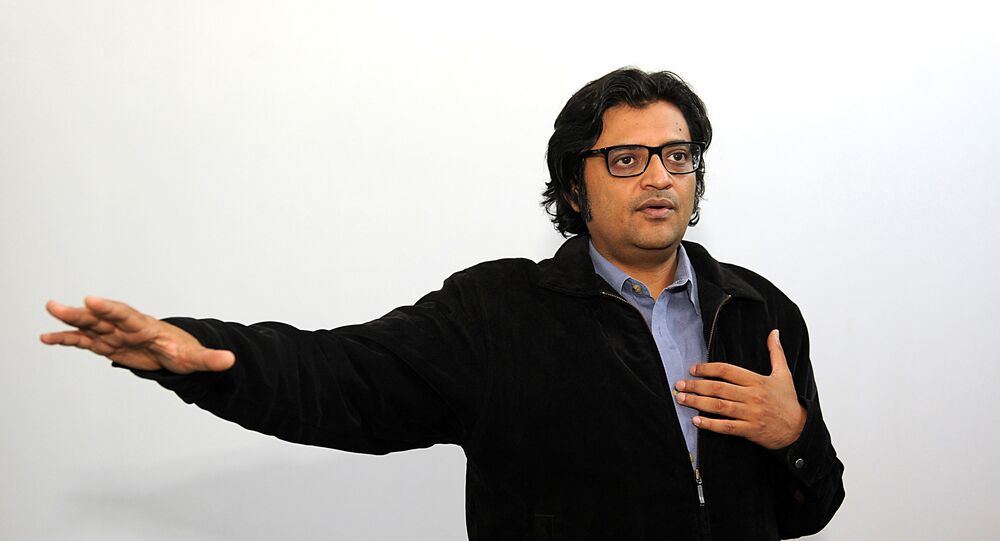 India's Maharashtra Police had arrested television journalist Arnab Goswami in a 2018 case, related to allegedly abetting the suicide of an interior designer and his mother. In a suicide note, the interior designer had accused Goswami’s Republic TV and two other companies for non-payment for works done for them.

India’s Surpreme Court on Wednesday granted interim bail to TV editor Arnab Goswami, who had been in judicial custody since 4 November following his arrest.

Goswami had moved a bail plea before the Bombay High Court on 9 November, but the court had rejected it.

The Supreme Court of India has also granted bail to two other people accused in the case, Neetish Sarda and Firoze Mohammed Sheikh.

“(Bombay) High Court was in error in rejecting the application for grant of interim bail,” observed the Supreme Court of India.

‘’If this court does not interfere today, we are travelling on the path of destruction,” observed the court during arguments.

On Tuesday (10 November), the TV editor’s lawyers moved to the Supreme Court of India, challenging the Bombay High Court’s order of rejecting bail to Goswami.

The case against Arnab Goswami relates to him allegedly abetting the suicide of a businessman, Anvay Naik, who executed interior designing work for Goswami’s Republic Television channel.

The businessman and his mother took their lives on 5 May 2018 in Alibagh, a town in the State's coastal district of Raigad, after the television channel failed to make payments for his work to the tune of $111,700.

Naik, in a suicide note, named two other persons, Feroz Shaikh and Niteish Sarda, who had also defaulted on their payments.

Raigad police, however, closed the case in April 2019, claiming it did not find evidence against the accused named in the suicide note, including Goswami.

The case was re-opened after Naik’s daughter petitioned to Maharashtra Home Minister Anil Deshmukh in May this year, alleging that the police did not investigate the non-payment of dues by Goswami and others.

Abetment to suicide is a criminal offence under the Indian Penal Code (IPC). According to Section 306 of the IPC, “If any person commits suicide, whoever abets the commission of such suicide, shall be punished with imprisonment... for a term which may extend to ten years, and shall also be liable to fine.”

Several federal ministers and functionaries of the ruling Bharatiya Janata Party (BJP) had rallied behind Goswami, when he was arrested by Maharashtra police.

“While thousands of Citizens remain in jails, languishing for long periods while their matters filed before the Hon’ble Supreme Court are not getting listed for weeks and months, it is, to say the least, deeply disturbing as to how and why every time Mr Goswami approaches the Supreme Court, his matter gets listed instantly,” reads the letter written to the Chief Justice of India by Dushyant Dave, President of the Association.

Goswami’s wife contested the claim and wrote to the Registrar General of the top court, condemning Dave’s “malicious attempt...to cause prejudice to the hearing of my husband Arnab Ranjan Goswami’s petition.”