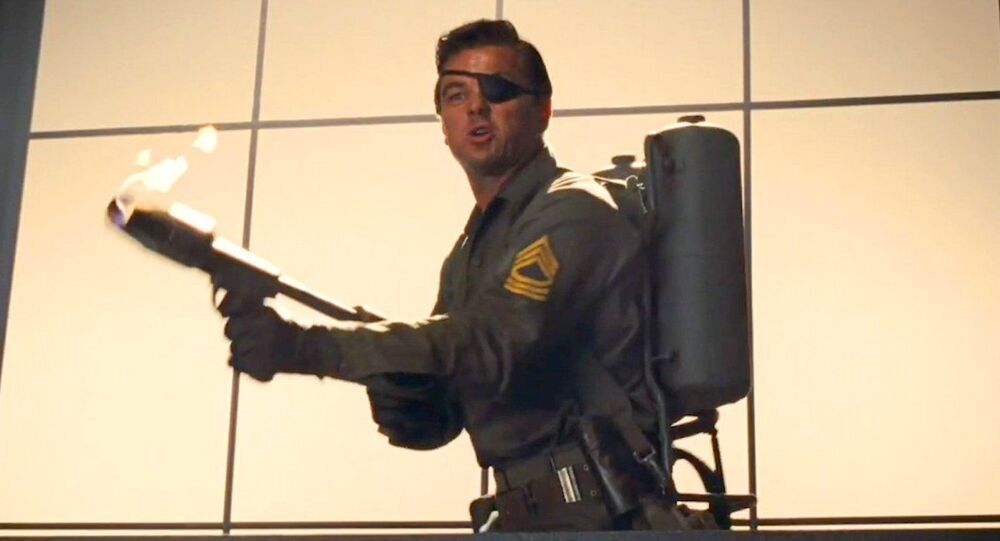 Leonardo DiCaprio is among the world's best-recognised film stars, and has been recognised by the UN for his work promoting environmental awareness.

Oscar-winning Hollywood heartthrob Leonardo DiCaprio rang in his 46th birthday on Wednesday. The legendary Titanic actor enjoys a sizable fan base in India.

On his birthday, Leonardo’s Indian fans are remembering the time in 2015 when the actor disguised himself in a beret and dark sun glasses to visit the white marbled “Wonder of the World” – the Taj Mahal – located in the Indian city of Agra.

The “Wolf of Wall Street”  actor was recognised by a foreign tourist who was also visiting the Taj Mahal that same day, after which Leonardo’s bodyguards leapt into action and started to send back people approaching for selfies.

remember when #LeonardoDiCaprio visited the #TajMahal back in 2015? https://t.co/vbIppqlcnv

​With the hashtag #HappyBirthdayLeonardoDiCaprio, Indian fans of the Academy Award-winning actor are pouring barrels full of love to the man who made us all believe that with our hands stretched out sideways, we could all fly just like Titanic’s leading lady --Rose DeWitt Bukater played on-screen by famous actress Kate Winslet.

Wishing one of the greatest actor @LeoDiCaprio sir a very happiest birthday..!#HBDLeonardoDicaprio#LeonardoDiCaprio pic.twitter.com/CFXu6UL9zP

​On his birthday, Leonardo’s on-screen work with Bollywood megastar Amitabh Bachchan in the Oscar-winning film The Great Gatsby is also being re-visited by Indians.

Senior Bachchan made his Hollywood debut in Baz Luhrmann's adaptation of F. Scott Fitzgerald's 1925 novel The Great Gatsby – as a Jewish gambler, Meyer Wolfsheim. Along with Leonardo, the now 78-year-old Amitabh also shared screen time with the first ever Spiderman actor, Toby Maguire in the same film.

An old birthday wish from Amitabh to Leonardo is also making the rounds on Twitter.

The Los Angeles-born environmental activist had his first major film role in This Boy's Life in 1993. Later, his portrayal of vagabond artist Jack Dawson in Titanic, which catapulted him to fame in 1997.

The actor is known for picking unconventional roles, particularly in biopics and period films.

As of 2019, Leonardo's films have collectively grossed $7.2 billion in earnings worldwide, and the actor has found his way into the annual rankings of the highest-paid actors in the world eight times.