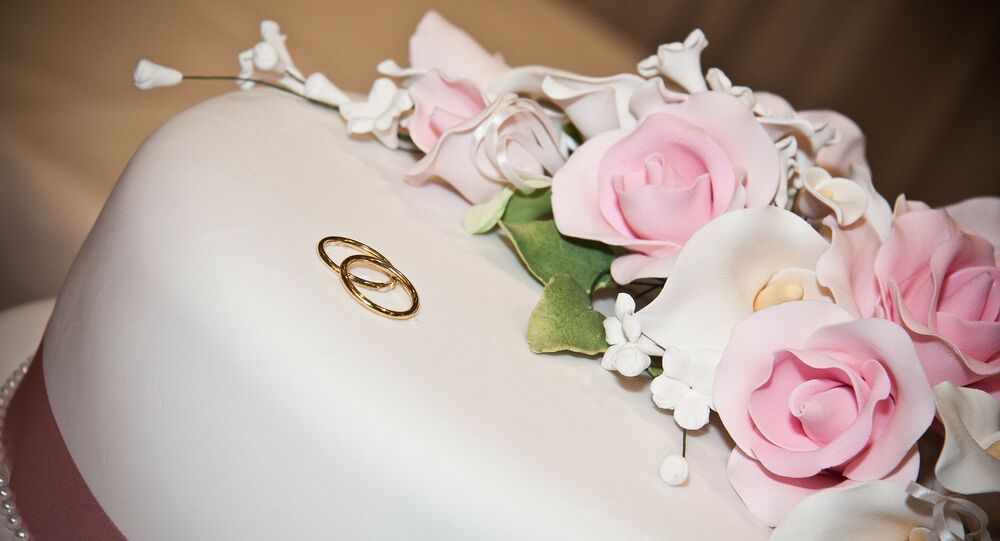 Singer Rahul Vaidya, a contestant on the most controversial reality television show 'Bigg Boss', an Indian version of Big Brother, has been locked up in a house for four months away from his family and loved ones. But this didn’t stop him from making the birthday of his beloved, the actress Disha Parmar, special.

The love story of singer Rahul Vaidya and Indian TV actress Disha Parmar took a beautiful turn today after he went down on his knees to propose to her on her birthday while he's locked up on television show "Bigg Boss".

In the pre-cap video of the episode which will air tonight, the singer can be heard saying: “Today is a very special day for me. There is a girl in my life who I've known for the past two years. Her name is Disha Parmar. I have never been so nervous. Disha, I think you are the most beautiful person in the world. I don't understand why it took me so long to ask will you marry me? I will be waiting for your answer.”

Holding a ring in his hand, Rahul can be seen wearing a white t-shirt which has written on it, “Disha Parmar, Will You Marry Me?” from red lipstick.

His revelation that they're dating and his proposal has sparked off a frenzied response from two very different camps on social media.

Some netizens are in awe at the whole episode and urging Disha to say yes to him, but many others are sceptical and have labelled it a plan to grab a lot of votes from the audience to sustain in the controversial reality show.

It feels so good to finally see that this show #BigBoss can also be a platform to respect your outside relationships and taking it to next level !! So impressed with you @rahulvaidya23 😍!! Thanks for changing my perception 🙏 #dishaparmar plz say yes God bless you both ! #bb14

​The dudes saying Rahul is doing this for footage and fake hai,you guys should see unseen videos before talking 😒🙌he have been saying this from soo long and he have made it special for her or bakhi ab #DishaParmar ki marzi✌#RahulVaidya

Most probably #dishaparmar will be called to the house now. BB14 won't leave this golden opportunity to surge their TRPs.
Anyway, happy for the couple#RahulVaidya#BB14#BiggBoss14

One netizen questioned Rahul for flirting with the Bigg Boss house inmates Nikki Tamboli and Pavitra Punia, telling them that he wanted to find love while on stage.

The proposal video made me go Aww! #RahulVaidya and #DishaParmar would make a good couple! ♥️
But again, why did he flirt with Nikki and Punia and told he wanted to find love while on stage. I can’t understand Rahul yet! #BiggBoss14

Despite social media criticism, all eyes are on whether Disha will accept his proposal. It might turn out to be a big surprise to their fans if the actress, who shot to fame for her TV show Pyaar Ka Dard Hai Meetha Meetha Pyaara Pyaara, shows up on the show to accept his proposal.

#RahulVaidya is a GEM....He is so romantic.... I wish #DishaParmar soon enter the BiggBoss house as a guest to accept his Proposal...