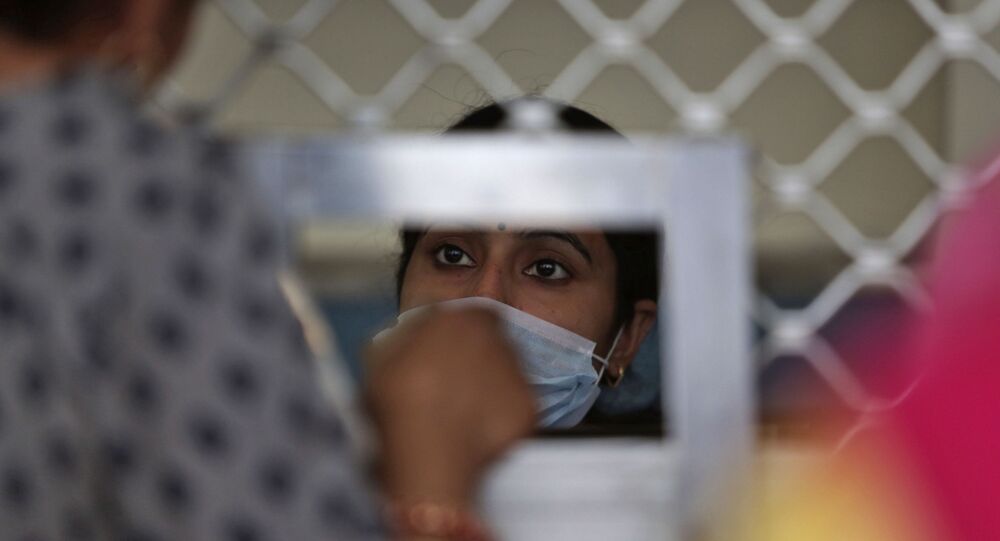 The counting of votes for the 243-seat legislative assembly in the Indian state of Bihar is currently going on. The federally ruling Bharatiya Janata Party’s alliance with JD (U) is leading against a rival alliance between the country's main opposition party Congress and Rashtriya Janata Dal (RJD).

In a signal to political parties to hold their horses before getting into a celebratory mood as the votes are being counted in Bihar, the Election Commission of India (ECI) said on Tuesday that only about 25 percent of votes cast have been counted.

Also, addressing concerns about the pace of the count, the Commission assured that it is "glitch-free".

Addressing a press conference in New Delhi, Deputy Election Commissioner Ashish Kundra said, "There has been a glitch-free counting process so far. We have been able to gauge that slightly more than ten million votes have been counted in Bihar, which means that significant ground is yet to be covered. So far, there are no issues that have come to us from any quarters".

This essentially means that only about 25 percent of votes have been counted, as the total number of votes cast is around 40 million.

Another Deputy Election Commissioner Chandra Bhushan said during the press conference that the Commission has deployed 63 percent more polling booths in view of COVID-19 protocols.

"The number of polling booths have gone up from 65,000 to 1,06,000. Also, a limit on the number of tables has also been imposed to observe social distancing. This time the counting is happening at 55 locations", Bhushan added.

"We hope to finish the counting as per the procedure late tonight", said Bhushan.

As per data from the ECI, the ruling alliance of BJP-JD (U) is ahead in 128 seats, while the alliance of RJD-Congress is winning in 100 seats. However, the data also reveals that for at least 40 seats the margin is very narrow, making it a nail-biting contest between State Chief Nitish Kumar's National Democratic Alliance and the main opposition party RJD-led Grand Alliance "Mahagathbandhan".