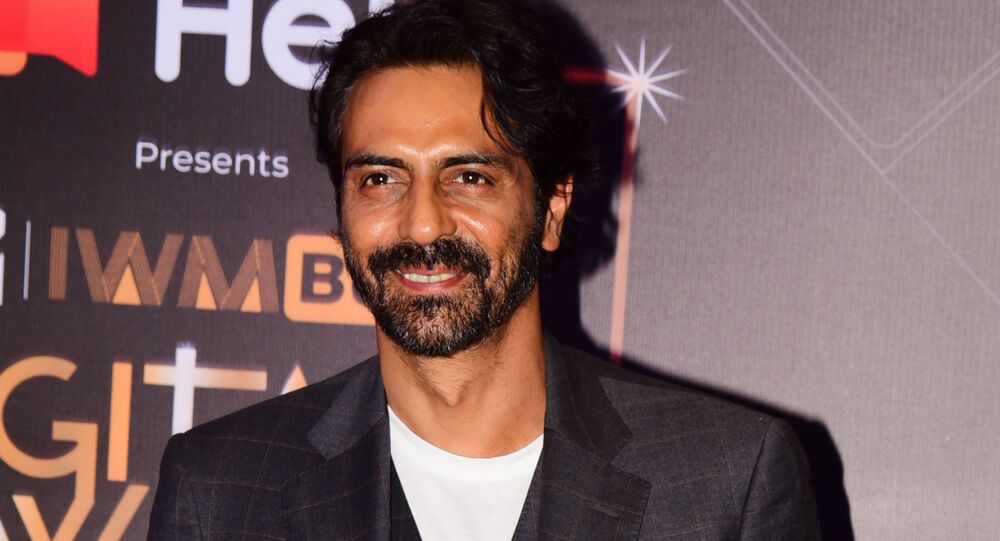 The Bollywood film industry has been spooked by allegations of rampant drug use in the entertainment world since the death of Bollywood actor Sushant Singh Rajput. Several actors have been questioned in the case over the alleged drug abuse linked to Sushant’s death.

Bollywood actor Arjun Rampal’s home in Mumbai city was raided by Narcotics Control Bureau (NCB) on Monday as it continues a crackdown amid allegations of drug use in the film industry.

The anti-drug agency reportedly recovered drugs from the actor’s residence in Bandra, in the western suburbs of Mumbai, India Today reported, citing sources.

The NCB has been on a raid spree since Saturday. It has conducted four raids in different parts of the city and detained four people.

On Sunday, Bollywood film producer Firoz Nadiadwala's wife was reportedly arrested by the NCB after 10 grams of marijuana was allegedly found at their Mumbai home.

Bollywood came under the scanner for drug use after the death of Sushant Singh Rajput, prompting one of the biggest investigations in the film industry. Sushant took his life on 14 June at his Mumbai flat, where he was found hanging from a ceiling fan. The case is being investigated by three federal agencies, the Central Bureau of Investigation (CBI), the Narcotics Control Bureau (NCB), and the Enforcement Directorate over the money laundering aspect