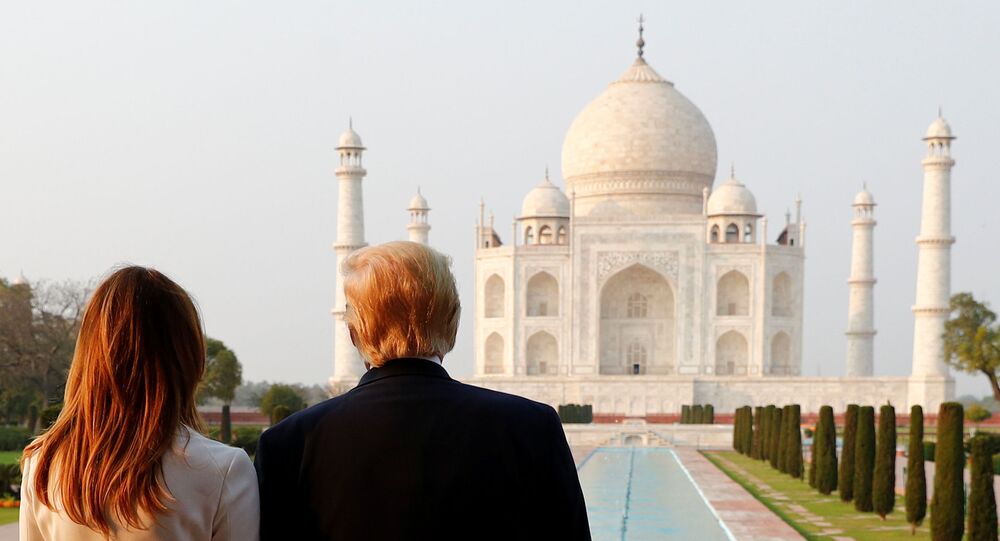 'India Should Learn Something from Trump's Defeat': Former BJP Ally Takes a Pot Shot at Modi

Indian Prime Minister Narendra Modi is being trolled on social media for politically endorsing US President Donald Trump at a public rally in Houston last year. "Ab ki baar, Trump Sarkaar", Modi had stated at the time, which translates to another term for President Trump.

Former ally of India's federally ruling party BJP, Shiv Sena, has called upon Prime Minister Narendra Modi to draw lessons from the "defeat" of US President Donald Trump, who the political outfit accused of dodging his responsibilities and promises.

Shiv Sena is the current ruling party in the Indian state of Maharashtra.

"President Trump never deserved the position of head of the state. The American public rectified the mistake made about the same Trump in just four years. He could not fulfil even a single promise. If we can learn anything from Trump's defeat, it would be good", Shiv Sena said in an editorial in its Marathi-language party mouthpiece "Saamna" on Monday.

The scathing editorial also drew a parallel between the US election results and the recently concluded vote in the Indian state of Bihar, where the exit polls have indicated a defeat for the incumbent alliance of the BJP and its regional ally Janata Dal (United).

"… Nobody should think that they are infallible. Be it the US or Bihar, the voters can always find an alternative", said the editorial.

The commentary in the widely-read Marathi publication comes ahead of the announcement of the Bihar state election results on Tuesday.

An opposition-alliance (Mahagathbandhan), led by state outfit Rashtriya Janata Dal (RJD) including the country's main opposition party Congress, among others, is said to have benefited from the rising unemployment in the state in the wake of COVID-induced lockdown, as per several exit polls.

Meanwhile, in the US Trump continues to dispute the ongoing counting in the presidential election, going as far as to label it a "stolen election".

However, Bloomberg reported that at least three of President Trump's aides had advised him over the weekend that mounting a legal challenge in the US Supreme Court could prove to be "futile".

Trump also blasted media organisations over the weekend for calling the election in favour of Biden before the conclusion of the counting.

Democrat Joe Biden, who is now the projected president-elect, had managed to secure 290 Electoral College votes compared to Trump's 214, as of Sunday evening.