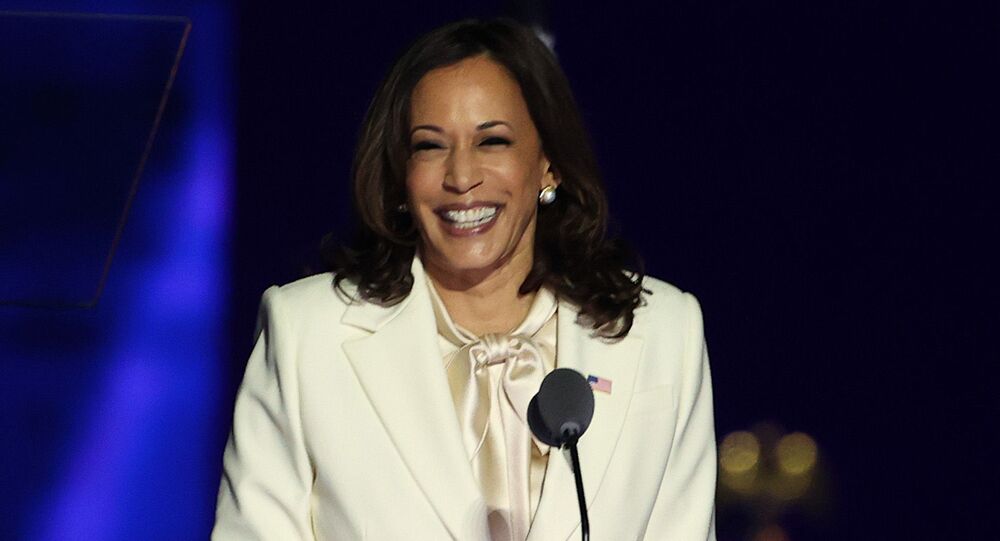 The closely watched US presidential election has witnessed Joe Biden gather the required number of electoral votes to be declared winner, even though the vote count in some states is still underway, with Trump vowing to challenge the results in court. Biden earlier picked Senator Kamala Harris, who has Indian roots, as his running mate.

Residents of Thulasendrapuram, the ancestral village of Kamala Harris, in the Indian state of Tamil Nadu on Sunday morning woke up to the news of her making history as the first woman as well as first woman of colour to be projected vice-president-elect.

To celebrate the victory, the residents decked out the village with posters wishing Harris a "Grand Success", distributed sweets and even set off firecrackers. Some also made rangolis outside their houses that read "Congratulations Kamala Harris. Pride of our village… Vanakkam (Greetings) America".

People in Thulasendrapuram, the native village of US Vice President-elect Kamala Harris celebrate her #USElection win by putting up posters, distributing sweets and burning firecrackers pic.twitter.com/8qnzZMSSyz

According to local media outlets, the people of Thulasendrapuram believe that Harris is a daughter of their village and each one of them is now waiting for the moment she takes the oath as vice president of the US.

During the election campaign, Harris repeatedly spoke about her Indian and Jamaican roots.

Speaking at a drive-in rally in Wilmington, Delaware, on Saturday, Harris once again put a premium on her Indian ancestry, giving a shout out to her late mother:

"I'm grateful to the woman most responsible for my presence here today, my mother, Shyamala Gopalan Harris. When she came here from India at the age of 19, maybe she didn't quite imagine this moment. But she believed so deeply in an America where a moment like this is possible. I'm thinking about her and about the generations of women... who have paved the way for this moment tonight".

Indian Prime Minister Narendra Modi has weighed in on Harris' success, tweeting "Your success is pathbreaking and a matter of immense pride not just for your chittis, but also for all Indian-Americans. I'm confident that vibrant India-US ties will get even stronger with your support and leadership".

Amid projections by US media outlets that the Biden-Harris ticket has emerged victorious in the 2020 race for the Oval Office, incumbent President Donald Trump accused the Democrat and "his media allies" of rushing to "falsely pose as the winner" in an attempt to conceal the truth, ostensibly referring to his accusations of voter fraud and the counting of "illegal" votes that came in after the polls had closed.