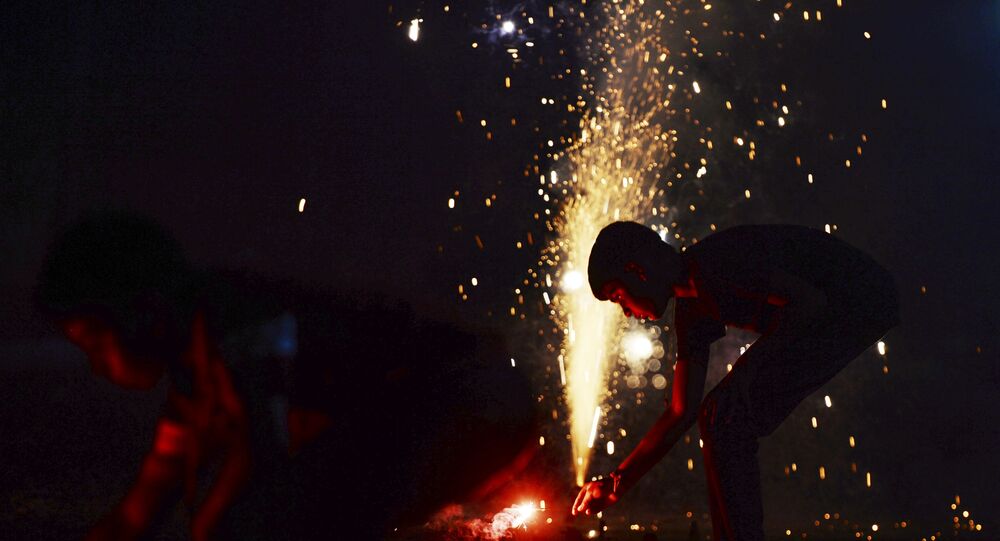 Several Indian states have imposed a complete ban on fireworks ahead of the forthcoming festive season of Diwali, the Hindu festival of lights, in the wake of an unabated rise in COVID-19 cases. The ban was imposed despite the Supreme Court of India giving permission to use “green” fireworks with certain restrictions on time on 23 October 2018.

Swadeshi Jagaran Manch, an economic affiliate of Rashtriya Swayamsevak Sangh, an ideological ally of India's BJP, on Saturday came out against a complete ban on fireworks during Diwali.

Manch, or the Nationalist Awareness Forum, urged state governments to avoid completely barring their use on the basis of “false propaganda in terms of ill effects of firecrackers".

Delhi, Rajasthan, Odisha, West Bengal, Karnataka, Maharashtra, and the federal enclave of Chandigarh have imposed a complete ban on firecrackers ahead of Diwali, citing rising cases of COVID-19.

The forum, which has openly criticised several economic decisions of India’s nationalist Bharatiya Janata Party-led federal government, termed the complete ban as “inappropriate”. The forum has also been campaigning for a complete ban on imports from China.

National Convenor of the Forum Ashwini Mahajan claimed that pollution was primarily from illegally imported Chinese firecrackers, which contain pollutants like potassium nitrate and sulphur.

"...in green (pollution-free) firecrackers made in India today potassium nitrate and sulphur are not mixed; and other pollutants such as aluminium, lithium, arsenic and mercury etc.  have been reduced to the minimum”, said Mahajan in a statement.

Mahajan pointed out that green fireworks have been certified by the federally-funded National Environmental Engineering Research Institute (NEERI) under the Council of Scientific and Industrial Research (CSIR), which emits 30 percent less pollution.

As of Saturday, India had 516,632 positive cases, while 92.41 percent of the total affected patients (7,819,886) had recovered from the viral infection, according to the federal Health Ministry.