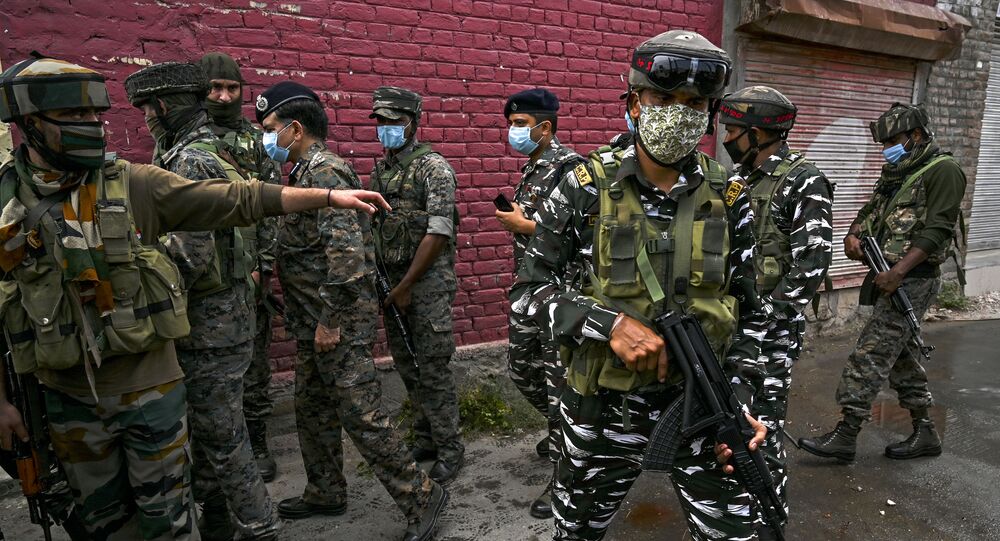 The disputed Jammu and Kashmir region reported a total of 206 terrorism-related incidents between 5 August of last year, when its statehood was abrogated, and 31 August of this year. The erstwhile state, which had enjoyed quasi-autonomy, was divided into two union territories: Jammu and Kashmir, and Ladakh.

A terrorist was killed and two civilians were left injured in Jammu and Kashmirs's Pulwama district on Friday. One of the wounded civilians, identified as 22-year-old Abid Ahmed Mir, however, succumbed to his injuries later. He was rushed to the hospital with another injured civilian, identified as Kifayat Ahmad, who is still receiving treatment for his gunshot wounds.

A local terrorist has surrendered to the security forces during the encounter, confirmed Jammu and Kashmir police. The operation is still underway.

The encounter has been raging in the area since Thursday evening; more terrorists are expected to be trapped at the site.

The two civilians were caught in the crossfire when the encounter broke out last night in the Lalpora area of Pampore. The Jammu and Kashmir police confirmed the two civilians had been struck by the terrorist's bullets.

"During CASO (cordon and search operation) at Lalpora, Pampore town, terrorists fired indiscriminately in which two unknown persons got injured. Search in the area is going on," said the Jammu and Kashmir police.

Last week, in a major success for the Indian Army, the top chief of operations of the Hizbul Mujahideen terrorist group, Saifullah Mir, was shot dead by security forces on 1 November. He was the most wanted terrorist from the Burhan Wani cadre and took the reins after his predecessor Riyaz Naikoo.

India has been accusing Pakistan of sponsoring terrorism in Kashmir, a charge denied by Islamabad. Both India and Pakistan claim Kashmir in full but control it in separate portions, divided by the Line of Control, a de-facto border.