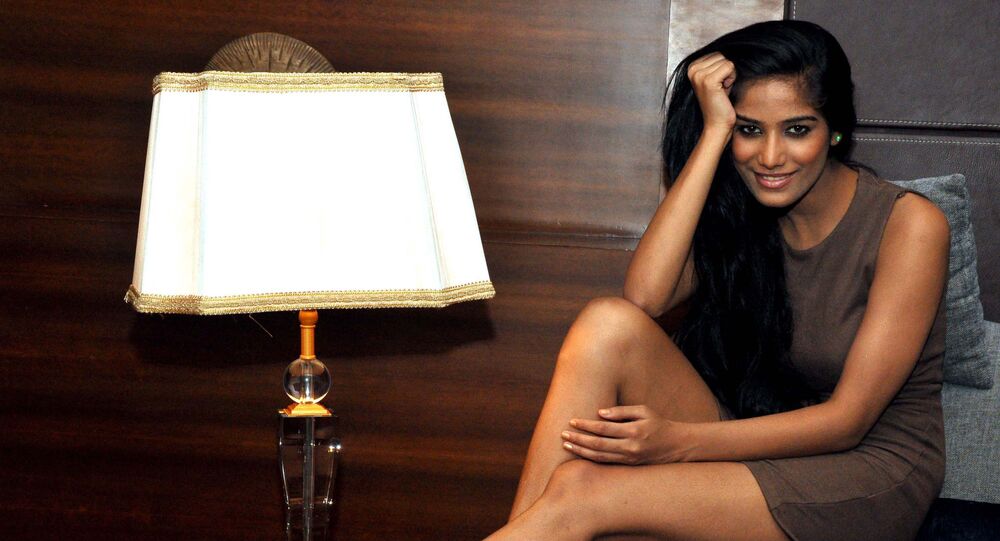 On Wednesday, the Goa state police filed a case against unknown persons and then against Bollywood actress and model Poonam Pandey under section 294 (obscenity) of the Indian Penal Code, after receiving nearly half a dozen complaints regarding a controversial photo shoot.

Police in India’s coastal state of Goa on Thursday suspended one of its officers for allowing model and actress Poonam Pandey’s photo shoot at a reservoir earlier this year.

Inspector Tukaram Chavan’s suspension was announced after the topless photos and video from the shoot, featuring Pandey and organised at the Chapoli Dam in Canacona sub-district, went viral earlier this week. It sparked protests in the area.

Hundreds of residents took to the streets on Thursday, blaming police for allegedly facilitating the photo shoot.

Deputy Superintendent of Police Nelson Albuquerque told protesters on Thursday that they have suspended the inspector and ordered an inquiry into the lapses that led to the photo shoot.

According to Albuquerque, they are likely to question Pandey and her husband Sam Ahmed Bombay over the shoot soon.

State Congress party chief Girish Chodankar hit out at the state government over the shoot while blaming the “most insensitive, corrupt and defective” Bharatiya Janata Party government for bringing shame to Goa, a favourite destination of international tourists.

“We want to know how the Entertainment Society of Goa headed by Chief Minister [Pramod Sawant], which is the nodal agency of the shootings in Goa, gave permission to shoot such a vulgar video where the model appears almost nude,” Chodankar said.