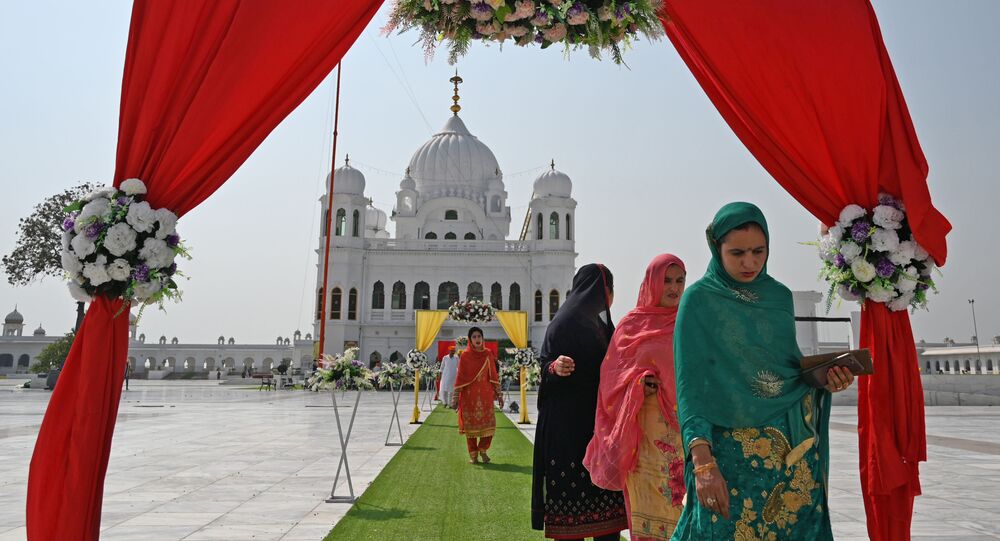 India has asked Pakistan to reverse its unilateral decision to transfer control over Gurudwara Kartarpur Sahib from Sikhs to a non-Sikh body, the Evacuee Trust Property Board (ETPB), saying the decision is targeting the rights of the minority Sikh community in the country.

“This unilateral decision by Pakistan is highly condemnable and runs against the spirit of the Kartarpur Sahib Corridor as also the religious sentiments of the Sikh community at large,” said India’s Foreign Ministry in a statement on Thursday.

The decision to transfer management and maintenance of the Holy Sikh temple Kartarpur Sahib away from the Sikh Gurudwara Prabhandhak Committee (PSGPC), a body run by the minority Sikh community, has caused outrage in India.

“Such actions only expose the reality of the Pakistani government and its leadership’s tall claims of preserving and protecting the rights and welfare of the religious minority communities,” the statement added.

#Imrankhan govt has handed over the #Kartarpur Gurdwara trust board to a Muslim body, ETPB. Its shocking act against #Minority #Sikh community by #Pakistan. It waa being managed by Pak Sikh Gurudwara Prabhandhak Committee. The Pak deep state is planning some evil incident soon. pic.twitter.com/taGzHVJeoH

It is for the first time that the body, run by the minority Sikh community in Pakistan, has been deprived of its right to manage the sacred Sikh temple.

The decision by Pakistan came ahead of the first anniversary of the inauguration of the historic Kartarpur Corridor on 9 November. The 4.5 kilometre trans-border corridor links two important holy sites in India and Pakistan, associated with the founder of Sikhism, Guru Nanak.

Thousands of Indians from the Sikh faith visit the temple in Pakistan’s Narowal District in Punjab province every year to celebrate the birth anniversary of Guru Nanak on 30 November.