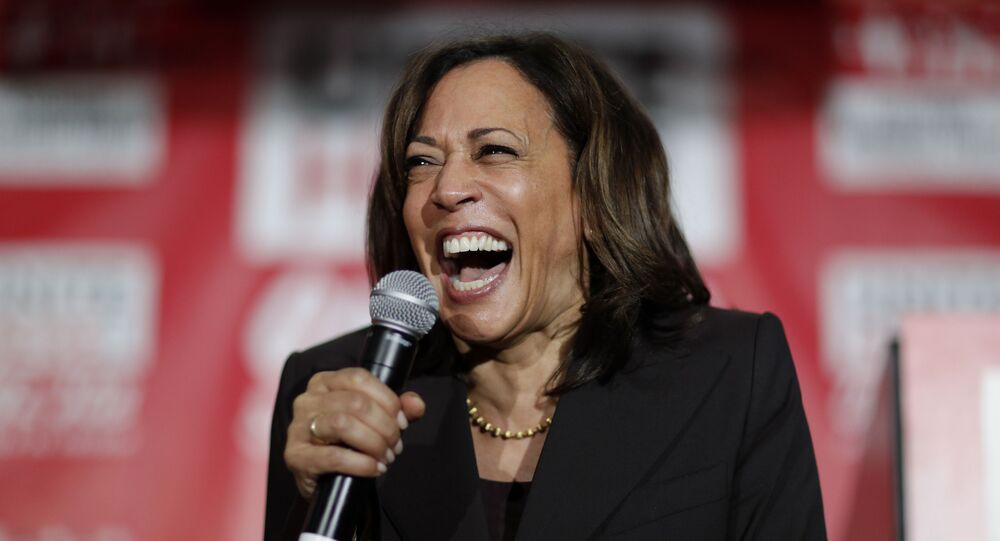 The US presidential elections are being closely watched around the world, as incumbent POTUS Donald Trump is running neck and neck against his Democratic Party rival Joe Biden. The latter has picked Senator Kamala Harris, whose mother was Indian, as his vice presidential candidate.

Residents of Thulasendrapuram, the native village of US Democratic vice presidential nominee Kamala Harris in India's Tamil Nadu, have decked up the village with hoardings, showing support to her.

Villagers have also made Rangoli outside their houses which read 'We're With Kamala Harris'. Rangoli is an art form, originating in the Indian subcontinent, in which patterns are created on the floor or the ground using materials such as coloured rice, coloured sand, quartz powder or flower petals.

According to local media reports, residents of Thulasendrapuram believe that if Joe Biden wins the US election, Harris will come and meet them. Earlier this week, a group of villagers also offered special prayers for her victory.

During the campaign, Harris has time and again spoken about her Indian and Jamaican roots. The senator would become the first female vice president in US history if Donald Trump's Democratic challenger, Joe Biden, wins the election.

So far, Biden has garnered 264 electoral votes out of the 270 that are required to be declared the next president, while Trump has secured 214 electoral votes. The vote count is still underway in key battleground states.