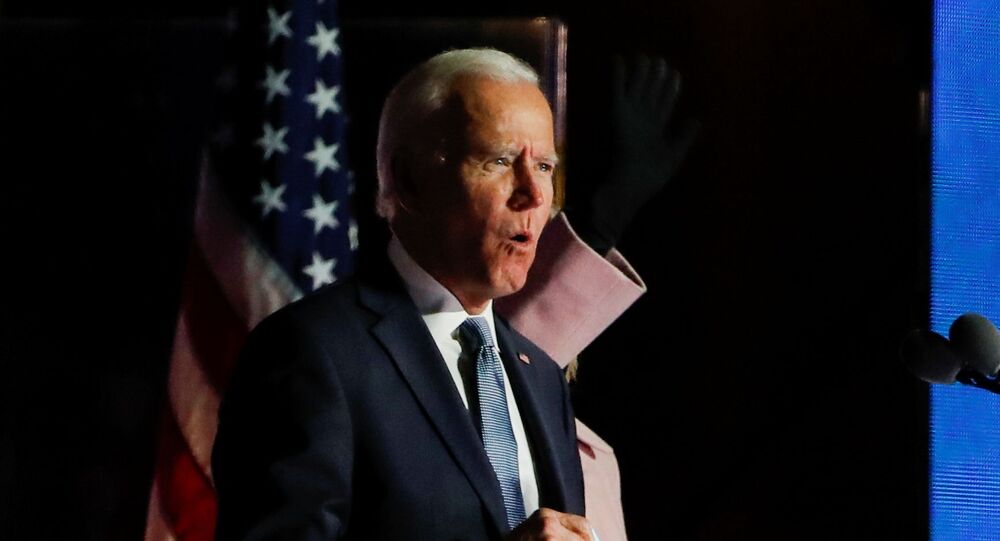 People's excitement is mounting about whether President Donald Trump or Democrat candidate Joe Biden will be declared victorious in the 2020 US Presidential election. Now, all eyes are on the climax of this election which started on 3 November but could drag on for a few days yet. At least 270 electoral college votes are needed to win.

As votes are still being counted, many Bollywood celebrities have been putting their weight behind the Democrat Party's Joe Biden to become president with Kamala Harris as his vice-president.

Actor-comedian Vir Das reckons it is “going to be Trump's last election” and writer-producer Nikhil Taneja says, “I have a feeling that everything in the world will start becoming better once Donald Trump loses. It's the plot twist we need in the third act of this horror movie year. We deserve a happy ending!”

I have a feeling that everything in the world will start becoming better once Donald Trump loses. It's the plot twist we need in the third act of this horror movie year. We deserve a happy ending! #2020Election

At the time of writing, ​Joe Biden is leading the count with 238 electoral college votes and Donald Trump has won 213 counts, which has left English-born TV personality VJ Andy amazed that so many have voted for Trump.

After the last 4yrs how is the #Elections2020 this close?
It’s scary to think Americans are so blinded by hate for each other that they’d rather vote for a hate spreading, tax evading, rich brat that has killed 200k citizens due to his arrogance.
Just Wow! #ElectionNight

On the recent claim by Trump that there has been "major fraud" in the elections and that he "will be going to the US Supreme Court", film-maker Onir couldn't miss this opportunity to take a jibe on him.

​Actor Riteish Deshmukh has started off a discussion with Netizens by asking who will be the final winner and actress Richa Chadha has revealed that the counting phase is giving her palpitations.

​However, film-maker Anubhav Sinha feels that whatever the final outcome of the US Presidential elections is in 2020, “the liberal American myth is dead.”

Whatever be the final outcome the liberal American myth is dead.

'The Suspense is Killing Me': Actress Sunny Leone on Who'll Win the US Election as Counting is On