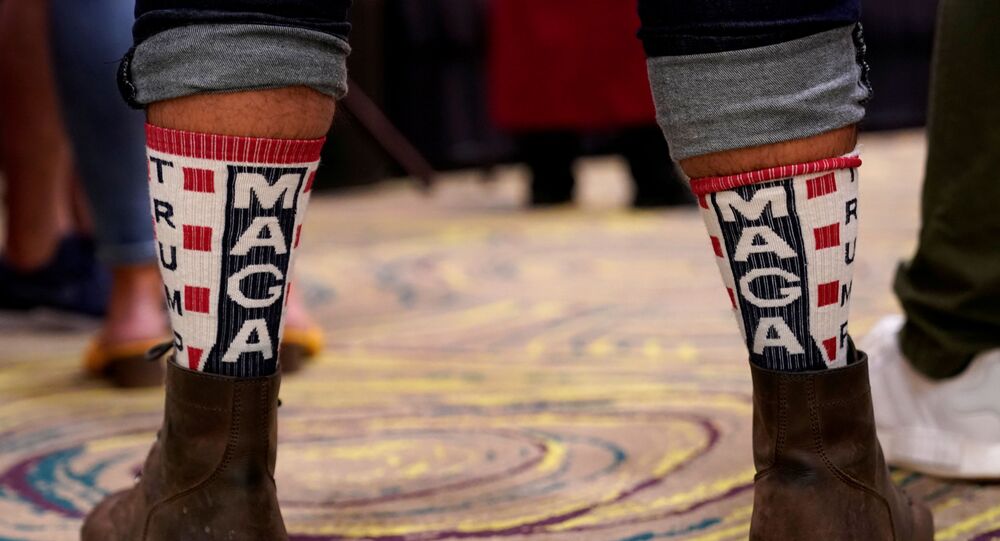 The fight for the US presidency between Republican incumbent Donald Trump and his Democratic Party rival Joe Biden is being closely watched across the world. The two are locked in a neck-and-neck battle to win the presidential election.

The counting of votes that will determine if Trump gets a second term in office in January is underway, but India’s betting market already has a winner.

Initially having long favoured Democratic nominee Joe Biden, Indian bookmakers are predicting a massive comeback by Donald Trump and stated he has a 52% chance of winning the elections, according to the latest odds, as per the Indian bookmakers in India.

Speaking to Sputnik, a Delhi-based bookie stated that the fight between Biden and Trump is expected to be close.

"Before the voting day, Trump was favorite to win, however as the counting began today, it showed a massive lead by Biden, making him the favorite," the bookmarker said, requesting anonymity.

He further mentioned that this morning Trump was thought to have a 30% chance but as the day progressed Trump has emerged as the favorite to be re-elected as the US president.

"These US elections are proving to be a boon for us (bookmakers), with estimates that more than $70 million (INR 500 billion) has already been bet on the winner across the country, even before polling day. The numbers have doubled since the counting started," another bookmakers from Uttar Pradesh told Sputnik.

Both the bookies also mentioned that the previous elections didn't attract alot of bets; however, the scenario this time around is completely different.

"We think one of the main reasons is the wide coverage of the elections by the Indian media and Trump’s popularity in India" the bookies noted.