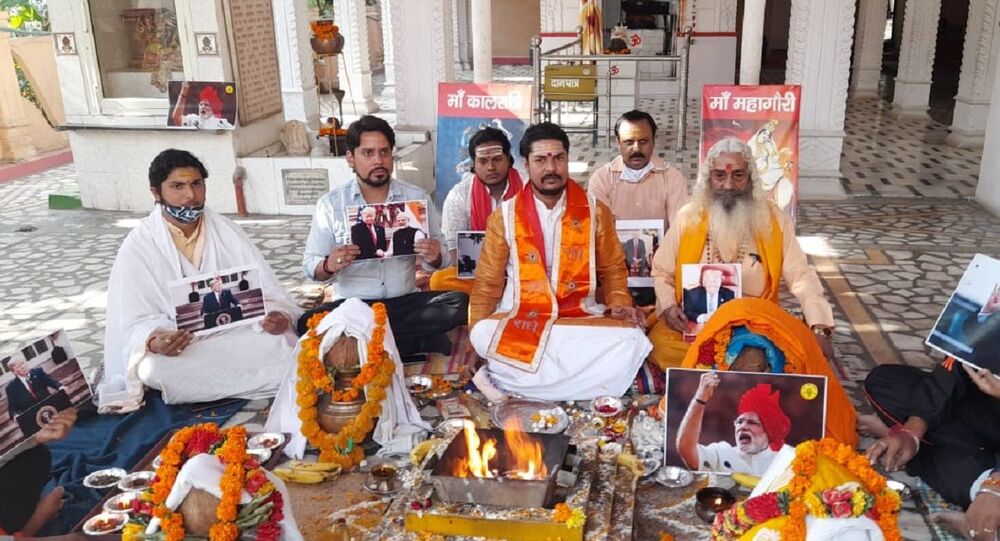 The keenly-watched US election kicked off on Tuesday, with over 99 million American voters already having cast their ballot by Monday night, according to the US Election Project at the University of Florida.

Fringe Indian outfit Hindu Sena organized a ‘yagna’ (a religious event) in New Delhi as it prayed for the re-election of US President Donald Trump in Tuesday’s leadership contest with Joe Biden.

“President Donald Trump is a friend of India. He has imposed many sanctions against the Islamic terror nation Pakistan as well as China. We believe in a future where India and the USA will jointly take on China and Pakistan,” said Vishnu Gupta, the chief of Hindu Sena.

“The election of President Trump is within the overall interest of the nationalist people of India,” added Gupta, a fan of the US President who held similar events to commemorate his 2016 election victory as well as the US President’s birthday in June 2017.

Gupta further appealed to Hindu members of the Indian-American community to throw their weight behind the 74-year-old Republican candidate in the polls.

Fringe Indian outfit Hindu Sena organised a yagna praying for the re-election of incumbent US President Donald Trump in the presidential vote. Hindu Sena chief Vishnu Gupta remarked that a Trump-led US & India would be well-placed to take on Pakistan and China#USAElections2020 pic.twitter.com/ThUwZncCwM

​Indian-American voters number around two million and have traditionally favoured the Democrats over the Republicans. However, a recent Asian American Pacific Islander (AAPI) data survey found a surge in support for Trump among the community this time around, as compared to the 2016 election, when only 16 percent of Indian diaspora voters backed him over rival candidate Hillary Clinton.

The support of Indian-American voters is considered especially significant in battleground states such as Pennsylvania and Florida among others, and could affect the overall election outcome.

Respondents attributed Trump’s perceived closeness to Indian Prime Minister Narendra Modi as a prominent factor behind their support for Trump. The two leaders have held two massive public events over the last two years, one in Houston in June last year and the other one in Ahmedabad in February this year.