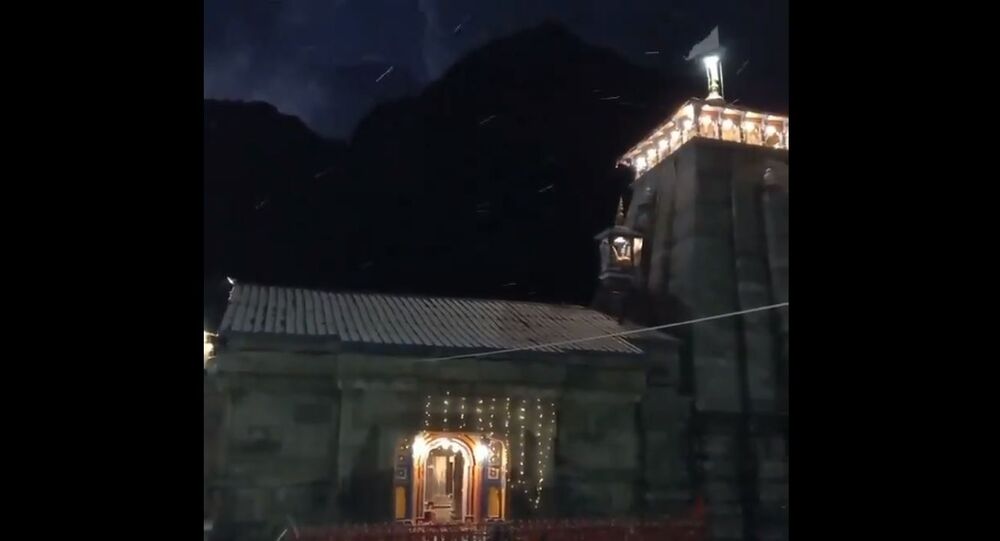 After months of extreme heat, torrential rains causing flooding in several states, cyclones, and a severe locust attack, cold breezes have returned to India, prompting people to wrap up in cosy blankets with cups of hot chocolate. Late October marks the onset of the cold season in India – and the chilly air carries the fragrance of winter flowers.

On Tuesday, several areas of northern India's mountainous state of Uttarakhand, located mostly in the Himalayas, woke up to a thick blanket of snow. The world's tallest mountain range, located along India's northern border, always graciously hosts the first snow fall of the season every year.

One of the most special spots in the state is the 8th-century Kedarnath Temple, dedicated to the Hindu god Shiva. After midnight, snow blankets the mystic temple, as well as the surrounding Himalayan peaks.

With eases in the lockdown restrictions now, several Shiva worshippers have made their way to the temple to wish for better days in the near future. Pictures and videos from the snow-clad Kedarnath Temple have found their way to social media. Take a look.

​The temple, which miraculously survived the catastrophic floods that wiped away much of that part of Uttarakhand back in 2013, holds major significance for Hindus, who believe that part of Mahadev Shiva still resides in it – listening to prayers and granting wishes.

Geologists claim that the temple of Kedarnath was under snow for nearly 400 years, at some time between 1300-1900 AD, during a period known as the Little Ice Age. One has to trek a bit to reach the doors of this elevated Himalayan temple.

📍Kedarnath Temple, India
Fun fact: Geologists claim that the temple of Kedarnath was under snow for nearly 400 years, some time around 1300-1900 AD, a period known as the Little Ice Age. Who could have imagined?#PlayseeAnywhere #India #Explore pic.twitter.com/2g6e9PX56m

But it survived 400 yrs under snow and also kedarnath floods pic.twitter.com/GrbTlIDiyD

​Roughly around 350 kilometres north of the national capital Delhi, the state of Uttarakhand has plenty of hill stations that draw tourists from around the world – especially ones looking to indulge themselves in a spiritual mountain experience. The state is considered sacred by Hindus, as it boasts 16 shimmering rivers originating in Himalayan glaciers, including the holy Ganges and Yamuna.

Well, winter has officially begun to make its to India -- heralded in by the snowfall in the Himalayas.

Away from the Himalayas, other regions like the central parts of India have begun to get chillier. Winter usually takes a while to hit western India, but by the end of November, winter will have arrived in those regions as well.