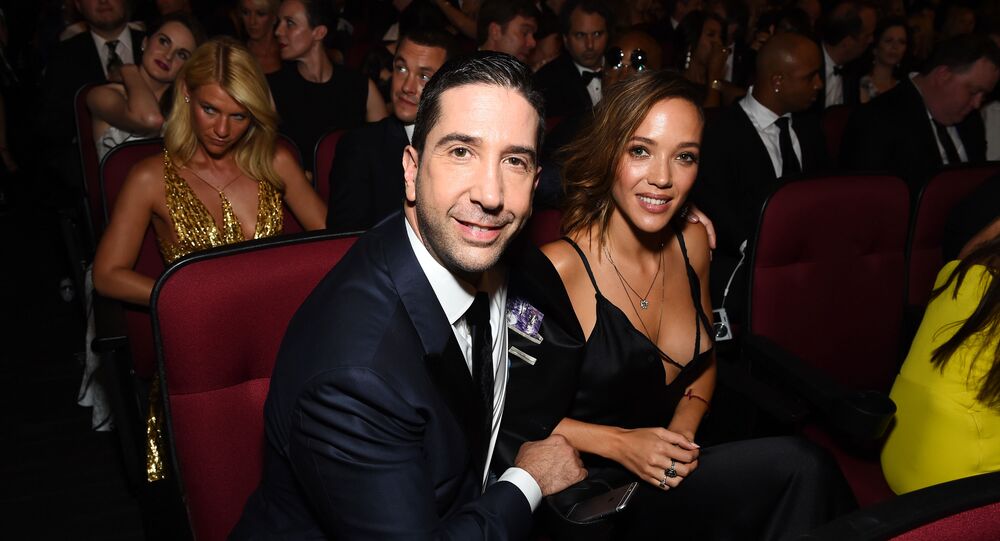 'To The Man Who Loves Divorces': Hilarious Ross Geller One Liners Served for David Schwimmer's Bday

If one were to recall some of the world's most iconic TV series, the show Friends would surely be near the top. While all of the other characters were finalised after the script was written by David Crane and Marta Kauffman, the role of iconic paleontologist Dr Ross Geller was drafted with young American actor David Schwimmer in mind.

On Monday, David Schwimmer or as his fans know him, Ross Geller, turned 54 years old. The actor lives with his nine-year old daughter Cleo in New York and prefers to maintain a low profile on social media. Although no details of his birthday plans have leaked online, it is being speculated that Schwimmer will be celebrating with his family and some friends, the media has reported.

On Schwimmer's birthday, hilarious wishes with connotations to his Ross Geller character have overflowed on Twitter with one liners like: "May you enjoy a Monica-made leftover turkey sandwich with the moist-maker". If you're a Friends fan, you are already chuckling at the reference, well aren’t you?

© AP Photo / Susan Sterner
Only Dr. Drake Ramoray Can Save Us: Joey Gets Bday Love From India Even Though He Doesn’t Share Food

Take a look at some special birthday wishes that not only wished Schwimmer a happy birthday, but also recalled some legendary and bone-tickling instances of Ross Geller from the show – including his love for divorces.

"Its David Schwimmer birthday tomorrow and I am not yet married and divorced by him."
- Ross Geller fandom https://t.co/MsvbBetCrk

The 10-season series launched in 1994 and it revolved around the lives of six friends in their 20s, making lemonade out of the sour lemons their eventful life in New York handed to them – mainly with humor and togetherness.

Ross Geller's character on the show was that of a paleontologist – an expert on dinosaurs, who in the initial seasons works in a museum but later gets kicked out before becoming a professor of paleontology at New York University.

The character is also remembered for finally making it out of the friend zone and ending up with his crush from high school – Rachel Greene played by the ever so beautiful Jennifer Aniston.

Schwimmer made his Broadway debut in The Caine Mutiny Court-Martial in 2006, followed by his feature film directorial debut in 2007 with the comedy Run Fatboy Run with several others following later.

With Friends streaming on Netflix, every year, a new generation of 20-somethings connect to the show – moments and lessons which will stay with them forever.