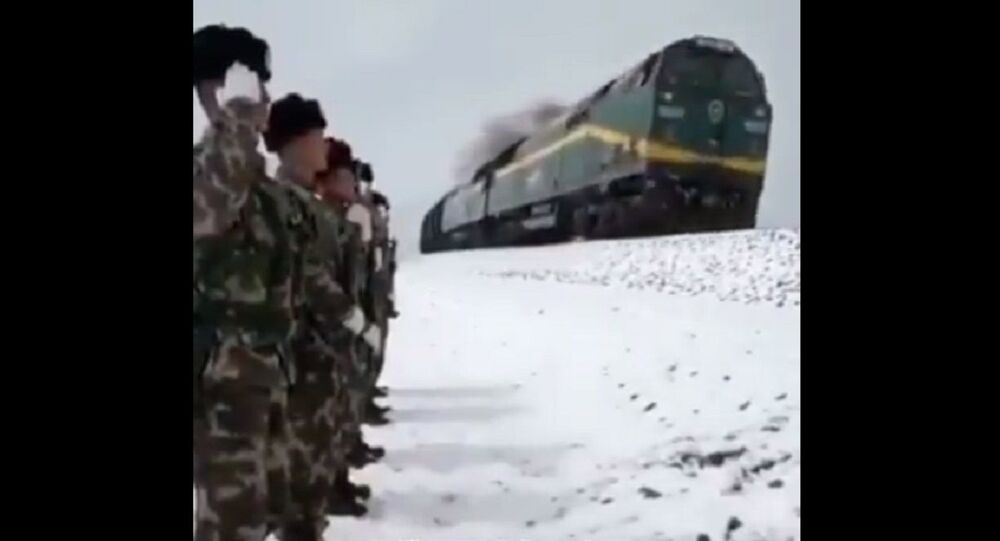 Do You Even Have Twitter? Indian Netizens Mock Chinese 'Viral Video' of PLA Troops Saluting Train

Twitter, Facebook, Google, and other popular social media sites are banned in China via tight censorship. The websites were blocked in 2009 after riots broke out in the western region of Xinjiang over ethnic tensions between Muslim Uighur and Han Chinese communities.

Not missing an opportunity to troll People's Liberation Army troops amid ongoing border hostilities in Ladakh, keyboard warriors have poked fun at the Chinese Army for its video showing personnel saluting a passing train in the Tibet region.

China's state-funded Global Times shared the video of soldiers standing in line and saluting the passing train in the snow-covered region, saying the viral video had touched Chinese netizens.

A special kind of respect: A group of soldiers patrolling the 138-kilometre Qinghai-#Tibet Railway saluted a passing train with the train honking back. The viral video touched many #Chinese netizens. pic.twitter.com/14E0rmfQCQ

The video led to an avalanche of vicious comments from Indian users, trolling the PLA and Global Times. While some netizens asked if Chinese citizens have Twitter access in the country, others questioned why they were even saluting the train.

Why the hell would you salute a random train, unless there's some significance to it? 😂

"Saluting a train? Why? Because it's moving?", asked one user. Others called it "propaganda" to emotionally blackmail its citizens.

Saluting a train? Why? Because it's moving?

It's a little too late in the day to involve emotional blackmail in CCPs China propaganda. No matter what you do, you can't beat Indians there. We fkn invented it.

India and China are currently in their longest-ever border standoff. Tensions flared in April over an infrastructural dispute along the Line of Actual Control (LAC). Despite several rounds of military and diplomatic level talks, the two sides continue to reinforce their military assets in the contested region, where a violent face-off took place in June of this year in which 20 Indian soldiers were killed.