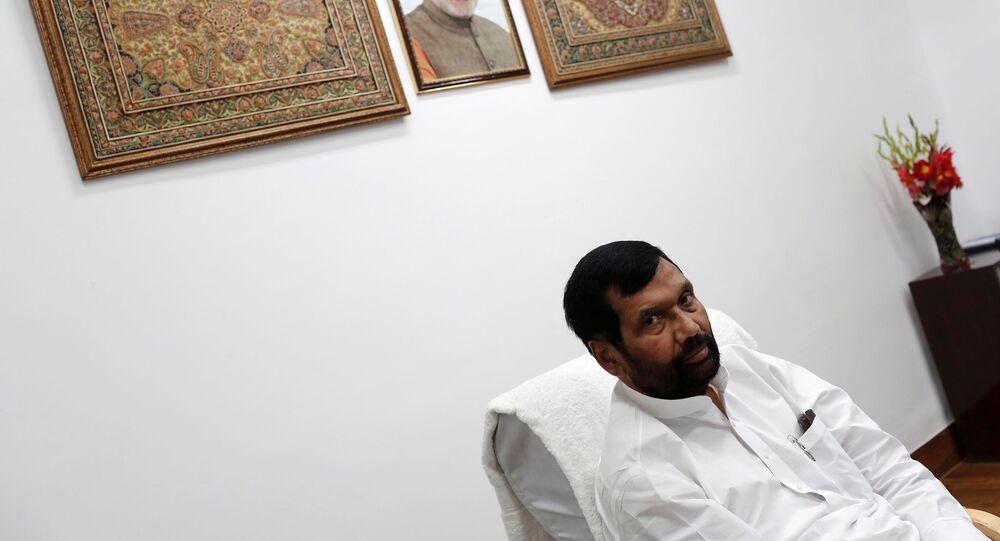 Amid the election time in India's Bihar state, prominent backward class leader Ram Vilas Paswan died on 8 October. While being a federal cabinet minister, he was also the head of Bihar's Lok Janshakti Party. Since his death, his son Chirag Paswan has taken over as party chief and separated the LJP from the federally governing alliance in Bihar.

Amid the ongoing three-phase Bihar state assembly elections, a local party has demanded that an investigation be conducted into the death of Ram Vilas Paswan, who was a cabinet minister and head of the Lok Janshati Party (LJP) from the state.

"There are several doubts that bring his son Chirag Paswan in question," reads the letter. pic.twitter.com/we0GqKfB0b

​Paswan, a powerful "Dalit" - or untouchable - class leader from Bihar, was suffering from heart disease. He was recuperating from surgery in a Delhi hospital when he passed away on 8 October.

Reacting sharply to the demand for an investigation, Chirag has said, “Those who are talking such things about a son should be ashamed of themselves”.

Those who're talking such things about a son should be ashamed of themselves. I've told Manjhi Ji about my father's serious condition over phone, yet he never came to see my ailing father: LJP President Chirag Paswan on HAM's letter to PM demanding a probe into his father's death https://t.co/gCndf9KQmb pic.twitter.com/Emx27pLkxN

​The way Manjhi Ji is talking about my father now, why didn't he show so much concern about him when he was hospitalised? Everyone is playing politics over a dead person now, why no one bothered to visit him when he was alive?: LJP President Chirag Paswan on Jiten Ram Manjhi https://t.co/2huWJ0HprN

​Both the HAM and the LJP are contesting the ongoing legislative assembly polls in Bihar independent of any alliances.

Chirag, however, has maintained that his party, the LJP, will continue to remain with the BJP-led National Democratic Alliance (NDA) at the national level.

Bihar goes to the second phase of polling for the 243-member legislative assembly on Tuesday, 3 November, while the third and final phase will be held on 7 November. The votes will be counted on 10 November.

Two major alliances are facing each other – the National Democratic Alliance led by the regional Janata Dal (United) and the federally governing Bharatiya Janata Party, while the opposition Mahagatbandhan or, Grand Alliance, is led by the Rashtriya Janata Dal (RJD) headed by the scam-tainted former state chief Lalu Prasad Yadav. India’s main opposition Congress and Communist parties are fighting in the elections as part of the Grand Alliance.