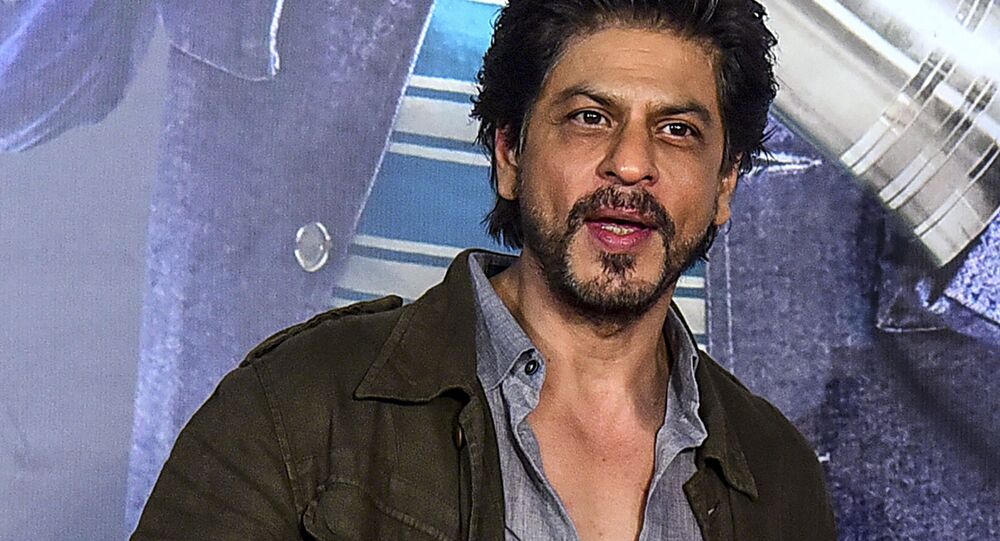 Sometime in the 1990s, Delhi-raised Shah Rukh Khan packed his bags and reached India's city of dreams – Mumbai – hoping to find himself acting work to take his mind off his mother's death. The boy who slept in railway stations during his early days had envisioned himself ruling over tinsel town someday, and the stars aligned.

Shah Rukh is ringing in his 55th birthday on Monday with wife Gauri, daughter Suhana and sons Aryan and AbRam in Dubai. The superstar is also cheering on his cricket team Kolkata Knight Riders for the ongoing Indian Premiere League (IPL) tournament hosted by Dubai this year due to the pandemic.

This is the first time in many years that the "Badshah (King) of Bollywood" will not be climbing atop the iconic netted fence of his posh, Arabian sea-facing Mumbai residence named "Mannat" to wave back at the thousands of fans who gather there as an annual ritual to wish Shah Rukh happy birthday with cakes and banners.

This year, however, the risk of coronavirus toppled the tables and left "Mannat" standing deserted. Fans, who are not driving up Mumbai's Bandstand today are definitely missing the hysteria around Shah Rukh's birthday.

When King @iamsrk greets his crazy fans in front of Mannat every year on his birthday!
Will miss this hysteria this year! #HappyBirthdaySRKpic.twitter.com/UJJGJjF7j3

Even with Shah Rukh in Dubai, there's a high chance that a large footfall of SRK's admirers could reach his Mumbai residence, just to feel the usual vibe of the day. In a bid to control the crowds before it becomes a mob, police officials from the area are on alert, guarding King Khan's white palace.

Last week, during an #AskSRK session on Twitter Shah Rukh advised fans to refrain from gathering in large numbers in light of the pandemic.

Please I recommend nobody should collect in crowds. My birthday or wherever! Iss baar ka pyaar...thodha door se yaar. https://t.co/hANNv2VU0U

​​Shah Rukh however, being the evergreen entertainer that he is, did not want his fans walking around the area to leave without enjoying a show. So at midnight, fire crackers lit up the skies over Mannat. Videos of the latter have since made it to social media.

​Nevertheless, SRK's fans have taken over social media to wish the icon a very happy birthday and many returns of the day. Take a look.

Where there’s romance, there’s Shahrukh Khan! Happy birthday King!
There never was and there can’t be a ‘Star’ like you @iamsrk pic.twitter.com/MVbwhVzi8y

“Thousands have lived without love, not one without water."
Bollywood would live without many, not without SHAHRUKH KHAN.
😂
And don't ever think u can look this much Affable.#HappyBirthdaySRK pic.twitter.com/UhTHmdvmrI

​Last year, American TV host David Letterman reached Mumbai to interview Shah Rukh. In his Netflix special show called "My Next Guest Needs No Introduction", Letterman called Khan the world's biggest superstar, with a following of over three billion people from around the world.

Humbled by Letterman's revelations, Shah Rukh who is known for his witty comebacks had brushed off the praise casually saying, "We are from a subcontinent and we procreate a lot", and fans clapped knowing that the actor, in person, is pretty shy.

With an interview so 🔥, watching once is not an option!
Tell us your favourite moment from #MyNextGuestNeedsNoIntroduction ft. @iamsrk and @Letterman @NetflixIndia#DavidLetterman #ShahrukhKhan #SRK#WatchSRKLettermanAgain pic.twitter.com/Eprw8IUNtJ

​Khan's rags to riches story is an inspirational one, proving that with hardwork and determination, nothing is impossible.

A self-made superstar, the actor has charmed audiences across the globe with his work in over a hundred films and TV shows during his 30-year career.

The actor had been on a sabbatical, but he is now gearing up for upcoming projects.

Khan was last seen in the movie "Zero" in 2018, where he portrayed a notorious dwarf stuck in an eventful love triangle with two of Bollywood's leading ladies, Katrina Kaif and Anushka Sharma.