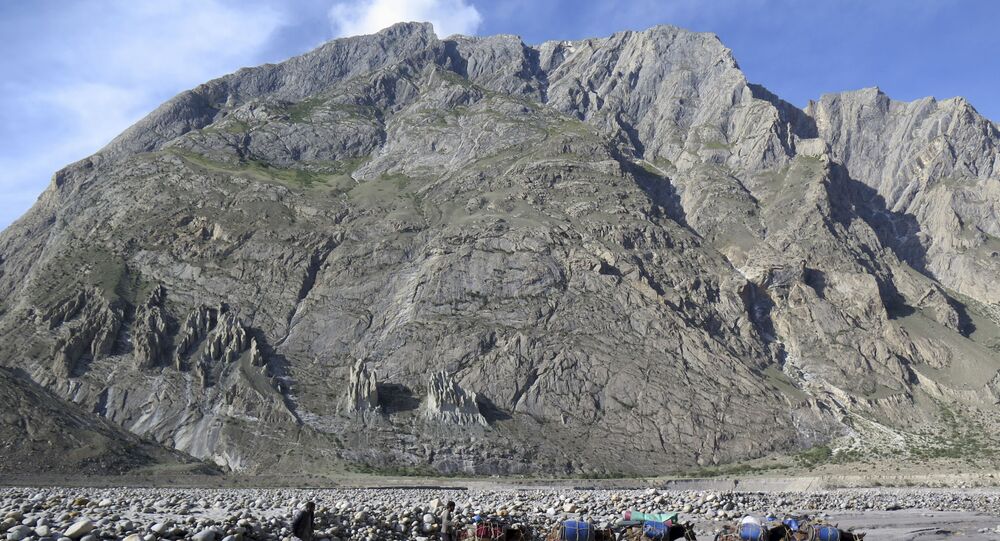 NEW DELHI (Sputnik) - New Delhi rejected on Sunday Islamabad's plan to grant provincial status to Gilgit-Baltistan, a strategic Pakistani-held part of the disputed Kashmir region, which is claimed by the two rivals.

"The Government of India firmly rejects the attempt by Pakistan to bring material changes to a part of Indian territory", Foreign Ministry spokesman Anurag Srivastava said.

The proposal was announced earlier in the day by Pakistani Prime Minister Imran Khan during a visit to the area on the border with China. Gilgit-Baltistan is key to the Pakistani-Chinese infrastructure project.

India, which has been locked in a standoff with both Pakistan and China, sees the northern Kashmiri area as being "illegally and forcibly occupied." Srivastava demanded that Pakistan immediately vacate Gilgit-Baltistan.

Last week, Islamabad decided to give the autonomous region, which borders India's Jammu and Kashmir, and Ladakh regions, the status of a Pakistani province. It also plans to hold elections there on 15 November. New Delhi considers Gilgit-Baltistan to be a part of its Jammu and Kashmir area.

Last year, the Indian government announced its decision to strip the Muslim-majority Jammu and Kashmir region of its special status and split it into two union territories, provoking a sharp reaction from neighboring Pakistan, which claimed New Delhi was mistreating the region's Muslim population.