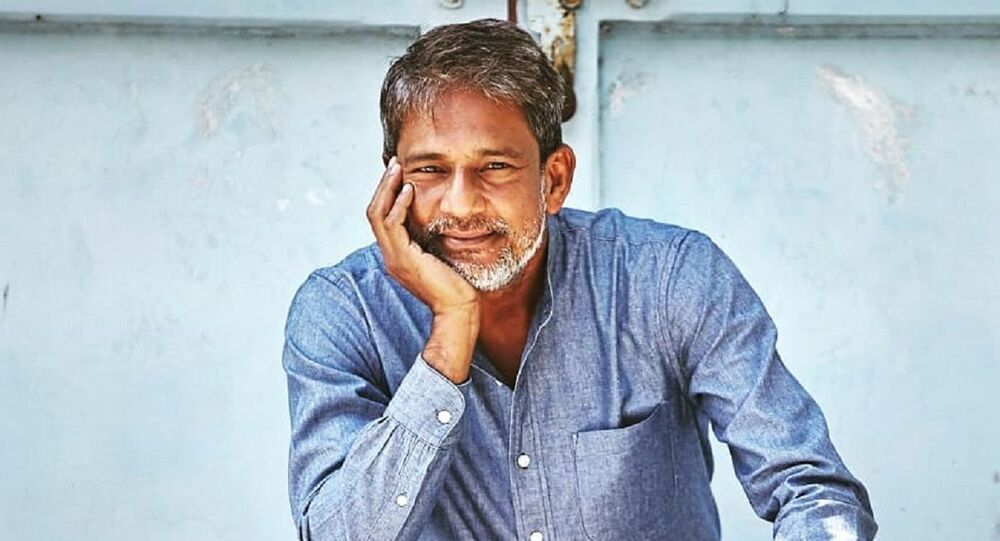 Actor Adil Hussain has carved a niche for himself not just in Bollywood, but also in the international film fraternity with “Life of Pi”, “The Reluctant Fundamentalist”, and “What Will People Say”. In his upcoming film “Footprints on Water”, he will be seen playing an illegal immigrant father in the UK who is in search of his missing daughter.

After garnering a lot of praise for his performance in the recently released American TV series, "Star Trek: Discovery" season three, Bollywood actor Adil Hussain is gung-ho about his next international project "Footprints on Water", which will bring to light the plight of Indian immigrants living abroad.

The actor took to social media on Friday to break this news and wrote, “This is a role that I am eagerly waiting to breathe life into… [sic]".

This is a role that I am eagerly waiting to breath life into. Wish us luck please. Shooting starts in Birmingham in December. Director @nathaliasyam thank you @namanrs 😊💥@Variety https://t.co/I4ecUFyyHi

​Calling it a very important story that needs to be told, the 57-year-old actor tells Sputnik, “We often hear stories of people from India and South Asia who, with a dream to lead a great life in the West, get duped by fraudulent agencies in India and abroad. They experience the misery of all sorts”.

“This movie will bring to light a similar story of an illegal immigrant father in the UK who is searching for his missing daughter as he tried to avoid the police radar”.

Written by UK-based Indian scriptwriter Neetha Syam, the movie will be directed by her sister Nathalia Syam.

“Neetha and Nathalia had shifted to the UK with the parents long back and have seen the plight of such Indian migrants from close quarters. And when I read the script, I felt extremely happy that it came my way. It is written truthfully from the heart”, Adil says.

While Adil will portray the father’s role, Malayalam actresses Lena Kumar and Nimisha Sajayan will essay the roles of his wife and daughter respectively. British actor Antonio Aakeel, known for the BAFTA award-winning series “Three Girls”, will be seen playing an Afghan refugee.

Recalling an old incident of his encounter with a group of immigrants at Dubai Airport, Adil says, “Around 20 years back, while on my way back to Delhi from the Netherlands, I met three young immigrants from Pakistan at the transit...”

“...They shared that they had sold all their property and belongings, and paid $2,490 (400,000 Pakistani rupees) to go to Mozambique, and had planned to travel through the jungles to cross borders and reach South Africa. They would then marry a South African to acquire a South African passport that would easily get them visa to go to the UK. It was not only illegal but the whole drive was insane and they were shown a dream of a better future abroad”, he tells Sputnik.

Adil advised them to start a business of their own with the money instead of migrating to another country.

“They were in a dilemma about whether to go to Mozambique or not. They had met another immigrant who was returning from Mozambique and he too told them not to go there as he had heard that people sometimes get killed while crossing the border and are robbed of their money. Moreover, there is a whole new struggle in settling abroad. Hence, I feel this story needs to be told to the world”, Adil adds.

With more and more Bollywood actors playing pivotal roles in international projects, including Anupam Kher in the American series "New Amsterdam", as well as  Priyanka Chopra Jonas and Banita Sandhu, Adil feels glad that slowly but surely, the West is opening up and offering bigger roles to Indians rather than stereotyping them in certain roles.

“Earlier, Indians weren’t a part of the mainstream society in the US. It is only in the past 5-10 years [that] Indians have made a dent in the social fabric of America and slowly been incorporated. West has become more inclusive for Indians and is becoming a part of their storytelling which is opening many doors for Indian actors”, Adil signs off.

Star Trek Discovery season 3 is here now streaming on @Netflix @NetflixIndia. The casting is the most Inclusive I have ever seen. Yes, it does include me😊 @StarTrek @startrekcbs @CBSAllAccess @SonequaMG @CenterWillHold pic.twitter.com/gZZlk6FDpU