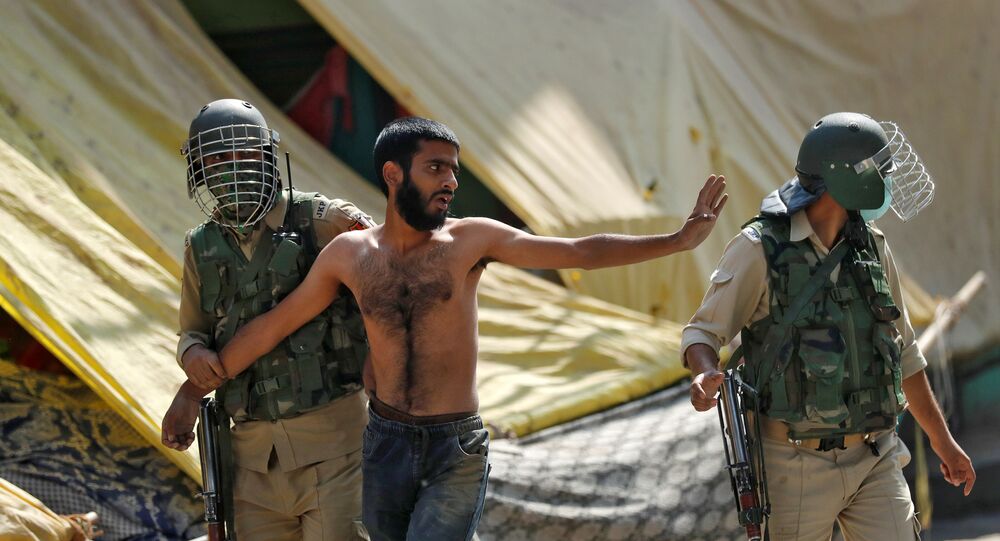 The new law, brought in this week, allows any Indian citizen to buy land in the Union territory of Jammu and Kashmir. Civil society activists and political leaders have been accusing the Modi-led federal government of changing the demography of the Muslim-dominated Kashmir valley.

Several leaders and workers for the People's Democratic Party (PDP) of Jammu and Kashmir were detained on Thursday amid massive protests organised by them from the party headquarters in Srinagar to the Press Enclave against the newly enacted land law. It was the first protest in Kashmir valley against the laws that allow every Indian citizen to buy land in Jammu and Kashmir.

According to PDP party workers, they wanted to express their resentment outside the party’s office in Srinagar, but Jammu and Kashmir police didn’t allow them.

.@JmuKmrPolice detained @jkpdp leaders and workers who had gathered in #Srinagar to protest against the new land laws in #Jammu and #Kashmir. pic.twitter.com/iIcIOUVZIj

Mehbooba Mufti, PDP's chief and former state head of Jammu and Kashmir, stated that the party office in Srinagar had been sealed by the state administration and workers arrested for organising a peaceful protest.

“PDP office in Srinagar sealed by J&K admin & workers arrested for organising a peaceful protest. A similar protest was allowed in Jammu so why was it thwarted here? Is this your definition of ‘normality’ that’s being showcased in the world?” Mehbooba tweeted.

She further mentioned that they will continue to raise a united voice and won’t tolerate attempts to change demographics.